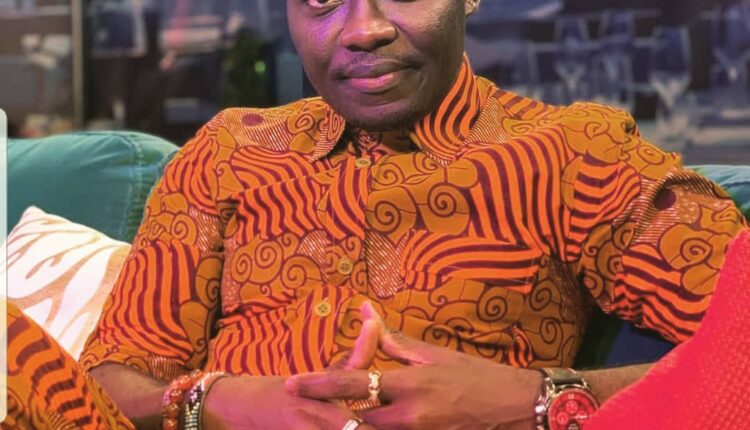 Revered entertainment critic and writer Arnold Asamoah Baidoo has described assertions that showbusiness does not pay as a fallacy.

Quite recently,  Ghanaian actor Mikki Osei Berko stated 80 % of Ghanaian celebrities were broke and couldn’t afford decent medical care systems.  His statement, he says was based on his over 26 years experience in the Ghanaian showbiz space.

The actor’s statement is no different from the stories of several veteran entertainers who have had to rely on public support to survive in their old age.

However, Arnold believes the cause of these terrible experiences are as a result of “messed up structures” in Ghana and not because showbiz does not pay as people assert.

Speaking in an interview with NY DJ on Y102.5FM on the theme “Benefits of a better structure in the entertainment industry”,  Arnold explained saying;

“It’s a fallacy for anybody to assert that there’s no money in showbiz. It can never true. It’s not possible. There’s a reason why we call it show business. There’s a show aspect and ultimately the business aspect and once there’s business, there’s money to be made,” he said.

He explained the continuous calls by veteran industry players for financial support was rather a result of a messed up system.

“How many times have you heard entertainers in the UK, the US and the rest of the world complain about their systems? Our people are complaining because our system is messed up. It’s as simple as that. Every element of our industry is messed up. We do not have effective systems all round from pre-production to post-production, distribution, marketing, media, events. The most important element which is royalties or collection societies is been a problem so when you have most of our old guys complain and move from one place to the other begging for alms and clearly it means our system is messed up,” he said.

Although he admits other factors could affect creatives in their old age, he believes the right structures could save them from relying on public support in their times of need.

“We should not use that (promiscuity) as an excuse. Our system is just not ok. There are a lot of people who did not do well for themselves, however, they still rely on the systems to sort them out. The likes of MC Hammer wasted their monies. They spent on a lot of stuff but MC Hammer still can survive because he gets his cheques. His lifestyle has been messed up based his own endeavours however he still relies on the systems to save him.  In our instance,  most of our guys who  by virtue  of probably their lifestyles  or gone bankrupt  turn back and they can’t rely on the system”

He, therefore, called on industry players to unite and fight for better structures in the Ghanaian showbiz industry.

Girl Power! Ghana’s Efya And Nigeria’s Tiwa Savage Unite On ‘The One’