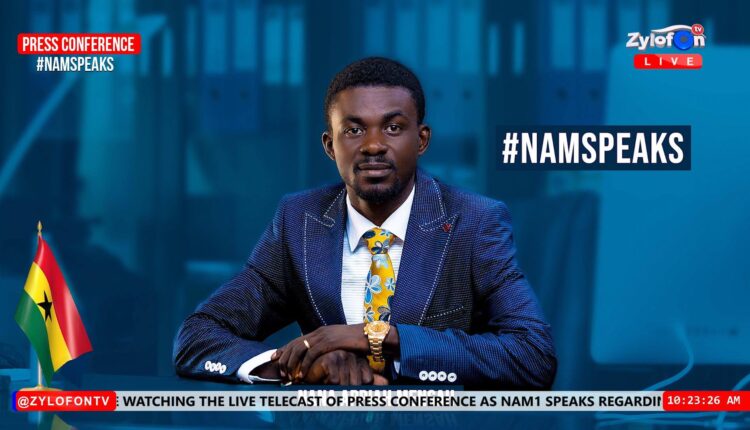 CEO of embattled gold dealership Menzgold, Nana Appiah Mensah well known as NAM1 has stated he does not regret investing  in the Ghanaian entertainment industry.

Answering a question at a  press  conference  dubbed #NAMSPEAKS , Nana Appiah Mensah  revealed  his plans for the outfit was not ‘immediate’ and that he looked forward as a ‘generational thinker.’

“I have not regretted, do not regret and would not regret. I do not do businesses that you start today and reap tomorrow. I am with respect and not to sound boastful a generational…So everything you have seen with Zylofon , every step, everything but for the freeze and unfortunate  issues in the last few months…

We are hopeful. Soon in the future, you’ll see a  well vibrant digital Zylofon media that will have global effect,” he said.

Responding to a question as to the youth who looked up to his media platforms as a platform to jumpstart their careers, he responded saying they operate an open door policy and have their doors opened to them. He assured them of a brighter future.