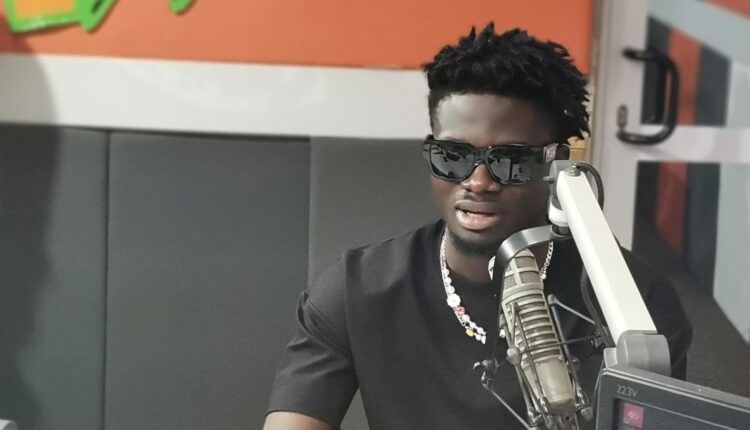 Ghanaian music star Kuami Eugene has revealed he deliberately put a stop to releasing his personal projects just so he could focus on works submitted by colleagues.

Speaking in an interview with NY DJ on Y102.5FM, the musician said;

“I think I did that a year or two ago. I actually had to hold on to my work for a while. I did features from Asuoden with Sista Afia, Biibi Besi with Captain Planet, Kwame Yogot, Yeeko with Okyeame Kwame, Sika Remix with Lasmid, No Dulling with Keche and many others.”

Highly praised for ‘gifting’ hit songs to colleagues, Kuami Eugene revealed although most of these songs turn out to be nationwide hit songs, his intentions are always borne out of a simple gesture of doing good features.

“Sometimes I just hold on and do stuff for others not with the mindset of giving them hit songs but the mindset of features but I thank God almost all features turn out to be hit songs,” he said.

Currently promoting his newly released single Take Away, Kuami Eugene is also readying the release of an EP, Rags To Riches.

Is KiDi On An Agenda To Reignite Dancehall Music In Ghana?

Listen Up: Scott Evans Chooses The ‘Best Side’ On New…