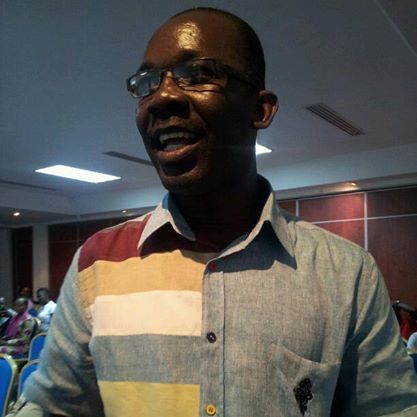 On March 6 2017, President of the Republic of Ghana, H.E. Nana Addo Dankwa Akufo-Addo cut sod for the construction of a national cathedral in Accra but broadcast journalist Kojo Marfo believes the venture is not worthy and quite a hypocritical move.

Speaking on Showbiz Arena on Adehye3 FM in Kumasi as monitored by Ghana’s Hub For Pop Culture & Urban Entertainment News – www.nydjlive.com, Kojo Marfo stated the construction of the national cathedral was not necessary especially when the country could not even boast of any state of the art facility for conferences, events, concerts etc.

This, he said in backing a recent call by veteran Ghanaian highlife musician Nana Ampadu to get the National Theatre in a good condition.

According to Kojo Marfo, “the Catholics just like most of the other orthodox churches have major cathedrals and churches around the country where they worship so why build a national one in Accra which will be less utilized when we can’t even find one state of the art facility in the country where we can host any better event?”

Kojo Marfo also described as hypocritical the posture by some religious leaders fronting the project.

Nana Ampadu during a recent performance at the MTN Heroes of Change III held at the National Theatre (which has been overly abused) made a call for managers of the place to take better care of the place when he saw the audience fanning themselves throughout his performance because the air conditions at the auditorium were not working.

“We have not lit any fire here but see how people are fanning themselves, please whoever is responsible for the maintenance of the National Theatre should quickly fix it,” he said alongside his performance.

What do you think? Is it hypocritical to build a national cathedral when we do not have a state of the art facility for other events which run almost every weekend?