How to Watch the Golden Globes 2021: Time, Date and Nominees 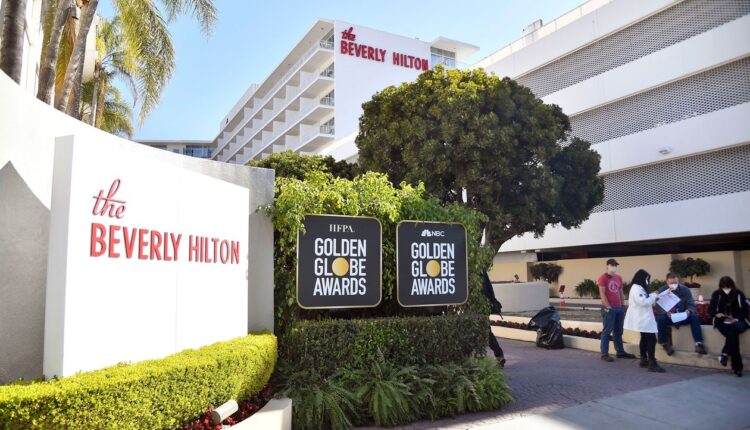 The 78th Golden Globes will kick off a very socially distanced 2021 awards season. While award ceremonies have taken on a different look during the pandemic, leaving more room for the unpredictable, there are still some things we can be certain of for the big night this Sunday.

What time are the Golden Globes?

The Golden Globes will be airing tomorrow, Sunday, Feb. 28, and begin at 8 p.m. ET. The awards ceremony usually lasts about three hours.

How can I watch it?

Who are the nominees?

With more people spending more time at home and movie theatres closed over the last year, there has been no shortage of breakthrough television and films to stream. As a result, Netflix is looking at an impressive 42 nominations this year, including Aaron Sorkin’s courtroom drama “The Trial of the Chicago 7.” Another favourite from streaming giant Hulu up for four nominations is Chloé Zhao‘s “Nomadland.” Among the five nominees for best director, three are women including Emerald Fennell (“Promising Young Woman”) and Regina King (“One Night in Miami”), along with director Chloé Zhao (“Nomadland”).

Tina Fey and Amy Poehler will be hosting the Golden Globes for the fourth time. However, they will be on different coasts, with Ms Fey presenting from the Rainbow Room in New York and Ms Poehler from Beverly Hills, Calif. Guests, nominees and award winners will also be broadcasting live from their respective locations. The comedic duo follows Ricky Gervais, who hosted his fifth Golden Globe awards last year.

Will there be a red carpet?

The traditional red carpet studded with celebrities in high-fashion looks is not part of this year’s plan. However, the official 2021 Golden Globe awards pre-show will stream live on the website goldenglobes.com at 6:30 p.m. ET. Additionally, the pre-show will stream live from the award’s official Twitter account, @GoldenGlobes. NBC’s “Golden Globes Pre-Show” will be hosted by Jane Lynch and will begin at 7 p.m. ET.

Written by Eleanore Park for WSJ