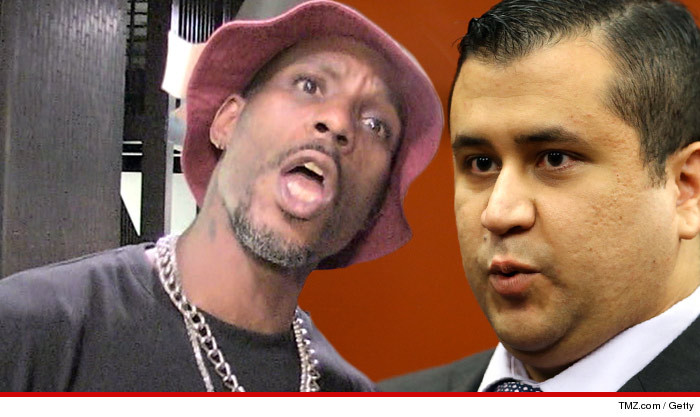 Troubled rapper DMX is at his usual again as he rants. Check this with TMZ.

” DMX says he’ll be jailed if promoters allow him to step in a boxing ring with George Zimmerman … because he’d break every boxing rule in the book — then piss on his face.

The 43-year old rapper tells TMZ … he’s throwing his name out as a potential opponent for George’s upcoming celebrity boxing gig — just like The Game — and says he wants to do it for “every black person who has been done wrong in the system.”

DMX adds, “I am going to beat the living f**k out him … I am breaking every rule in boxing to make sure I f**k him right up.”

He adds, “Zimmerman is a piece of s**t and that’s what he needs to drink.”

We’re guessing George won’t take him up on the offer.