Guest Blog: When We Can’t Tell Our Stories 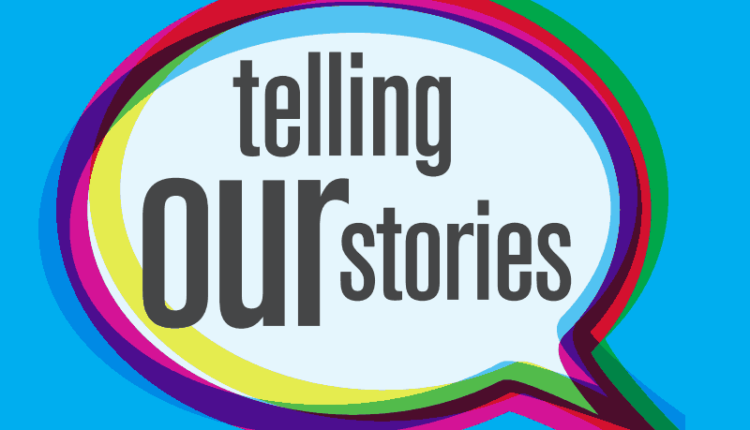 Like many of you, a cousin (or sibling, etc) abroad handed me the password to her Netflix account so that I could share in the cultural phenomenon that is When They See Us because Netflix originals are extremely hard to bootleg.

When They See Us is the chilling true-life story of 5 New York City teenage boys who were falsely accused and wrongfully convicted of the rape and assault of a white woman in 1989. The alleged crime took place in Central Park, a recreational park in urban New York and the Netflix series directed by Ava DuVarney captures the mood of the time as regards race relations, the criminal justice system and the powerful role of the media to shape the dialogue and public opinion.

The mini-series is a Mastercraft. Exceptionally directed and produced with great emphasis on art direction and teleplay which perfectly marries style and substance. Suffice it to say, it has received universal acclaim for every aspect of its production.

So naturally, because the Twitterati and all the woke and cool kids of our country shared in it, it quickly became an issue of how our film industry has failed, particularly how it has failed to dramatize some of the powerful stories and events which have occurred in the life of our country. Save the usual hyperbole of twitter, the lack of immortalization of episodes in the storied history of our country is not only a failure but a dereliction of duty of all generations past and present. There is as of yet no dramatization of the road to independence, the J.J. Rawlings era from 1979 to 2000 and I would particularly love a film about him which has a scene featuring the famous Arkaah slap.

But we haven’t done that and most likely wouldn’t in the next few years, or realistically decades and the reason is simple, money, or the lack thereof.

Film production is an expensive business. Producing for TV usually because of its weekly format makes it costlier. But a period piece – a work of art which is situated in a bygone era- is particularly expensive if it is to be done right. This is usually because a filmmaker faces the challenge of historical accuracy which trickles down into sets, costumes, make-up, props among others. They are usually large productions and require a serious artistic and financial commitment. For context, The Crown, also a Netflix production, is a cinematic retelling of the life of Queen Elizabeth II from when she ascended the throne of Great Britain. Netflix had to shell out $130million for the 10-episode season which makes each episode a $13million investment. Going further into history, Netflix paid $90million dollars to produce the first 10 episodes of Marco Polo, a 13th-century drama which was supposed to challenge HBO’s Game of Thrones; it couldn’t.

The budget for When They See Us hasn’t been released, and probably wouldn’t be for a long time, but Netflix is not shy about paying top dollar for content and even some of its mid-rated shows now like Orange is The New Black cost about $4million an episode, which to all intent and purposes seems like the average budget for a drama, the genre in which When They See Us falls.

The issue then, as already said, is money. A $4million investment into any Ghanaian story will avail to any filmmaker an impressive array of logistics and talent to deliver a world-class production. Unfortunately, it is just not there. Many of us as lovers of film have more than once muttered to ourselves admissions of financial handicap undermining creative expression whiles watching Ghanaian films. Perhaps the most vivid example I can recall is Frank Rajah Arase’s Somewhere in Africa starring Majid Michel and Martha Ankomah. This was a film which was destined for greatness, and indeed did achieve some, as a bold attempt at telling a not too distant African, albeit fictionalized, story. A strong financial investment in that film would have brought that film within the shadow of Hotel Rwanda or Sarafina! both Hollywood-financed African stories.

Evidently, our filmmakers are aware of these challenges for hardly do they make period films. Many of the most popular T.V shows, think YOLO, and movies have been set in the present day, and that is mainly because it is easier in terms of logistics and costs to do so.

There are a few exceptions like Kwaw Ansah’s Heritage Africa which almost perfectly captured the colonial post-World War II Ghana zeitgeist even though it was produced in 1989. But perhaps the argument could be made that mid-1940s to late 1950s Ghana wasn’t any different from late 1980s Ghana, and so there wasn’t required any serious back bending – but that would be a terrible trivialization of the artistic quality of that film.

When there was tried a dramatization of Kobina-Sekyi’s The Blinkards, you could tell the production was fuelled more by an artistic desire to make it and not much else, and you watched it with that in mind – so much for suspension of disbelief. It is rather interesting, however, that on the proscenium stage, we have done much better. Theatre productions are usually able to achieve a time and space aesthetic with minimal effect, although that is hardly an improvement since whiles the stage and film may have a few points of relatedness, there are gulfs of differences between them.

The thrust of this article is simple. We cannot tell our stories. This is not an indictment on the skill or creativity of our artistic space, it is only an indication of the constraints and handicaps they face. It would be hard to have a competitive film industry and its concomitant effect on tourism without investment. And elsewhere, they have gotten the memo. The UK has a Film Fund. Canada has a Media Fund and many states in America have film tax incentives. In Ghana, there have been more than a few hints at a Creative Arts Fund in a number of budgets and the yet to be passed Creative Arts Bill. The government even promised an ultra-modern film studio a few budget readings ago. We wait with anticipation, for this could not come any sooner.

It goes without saying that the initiative to make Ghana the place to be in Africa will be greatly enhanced by investment in such soft power elements like film. If you doubt me, consider how the Central Park 5 are legends now and deservedly so, and how its 2020 and the story of the emancipation of the first sub-Saharan country from colonial rule is still wallowing in near-obscurity.

Kwame Baah is a budding film writer who hopes spark and contribute to the conversations on the African Entertainment industry especially African Films which is at best scanty.