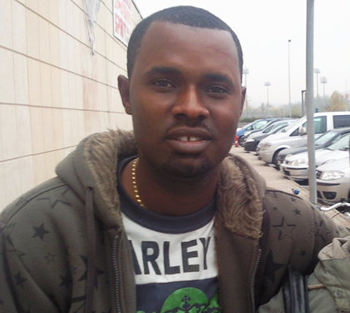 Exclusive information gathered by www.nydjlive.com indicates that Ghanaian gospel musician Ernest Opoku has caused the arrest of his five (5) months old girlfriend Tracey Boakye over allegedly stealing his laptop and breaking his windscreen.

Tracy, one of the budding actresses and movie producers in Kumasi who spoke to www.nydjlive.com earlier today stated she actually took Ernest Opoku’s laptop after an argument over cheating on the part of his boyfriend who had been acting funny and avoiding her lately.

I was just going through his whatsapp messages when I saw several chats with a certain girl which made me question him. Although I was just joking from the start, it turned sour when he hit me in the eye, Tracey stated.

Tracey who was called to report at the Kumasi Central Police station was later arrested after writing her statement at the station. She was later transferred to the Ridge police station at Ahodwo, Kumasi where she was detained til late that evening.

Tracey who narrated the incidence to www.nydjlive.com admitted taking the laptop but denied having any knowledge of the breaking of Ernest Opoku’s windscreen.

At the time of publication, all attempts to reach gospel musician Ernest Opoku had proved futile. Traecy has so far starred in a lot of movies and was the lead character of much talked about movie “Oh Vera”.

Speaking to www.nydjlive.com at around 6:45am, Gospel musician Ernest Opoku who was just returning from an all night service at Efijuase in Kumasi denied causing the arrest of actress Tracey and stated he had even talked to her the previous night.

Ernest would however not speak to claims of an amorous relationship with Tracey but confirmed talking to her the previous night.

Tracey is to report at the Central police station on Monday February 4th 2013.