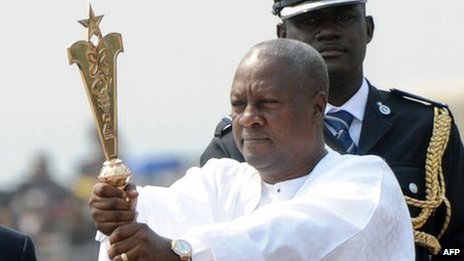 After several months of waiting at arriving at a verdict by the supreme court in the land of Ghana over alleged malpractice in the December 2012 elections, the Supreme court headed by His Lordship Justice Atuguba has today August 29th 2013 passed final verdict dismissing claims filed by the opposition party, NPP.

In a unanimous decision arrived at by the  9 Justices, the NDC (ruling party) is recognized as duly elected.

President John Dramani Mahama retains the highest seat till 2016 when a general election would be held.