Ghanaian Showbiz Personalities Who DIED in 2015 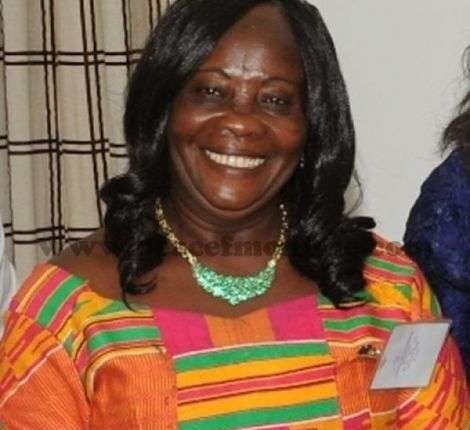 In as much as we don’t want to keep a death registry, death is said to be inevitable so in 2015, Ghana lost some of it’s personalities in the entertainment industry.

Some of these people might not have a direct link with showbiz but their contributions to the struggling industry can’t be overlooked.

On January 10 2015, we reported the death of Ghanaian actress Nana Yaa Of GTV’s ‘Obra’.

She was 55 and joined the Obra Drama group in 1989. She was a versatile player, and a friendly player, says the leader of the drama group Amankwa Ampofo .

The late Nana Yaa was also for sometime a panelist on Peace FM’s Wo Ba Ada Anaa’ programme.

Ghana was shocked to hear the news of the passing of Gospel musician Comfort Annor.

Prior to her death, the family had announced of the difficulty in paying up her bills and had solicited for support from the general public. I remember listening to an interview on Peace FM where she even found it difficult to speak.

She died at the Komfo Anokye Teaching Hospital (KATH) where she was receiving medical treatment.

Although death knows no age, I believe none would have thought the young talented Ghanaian musician popularly known as Ghetto KB would have died at such a young age.

The unsung artist who was signed to Jam Master Jay’s (JMJ) XTRA LARGE MUSIC passed late Sunday March 22 2015 enroute to the 37 Military Hospital in Accra where he was expected to receive medical attention. The cause of his death is readily unknown.

Ghetto KB recorded and featured on several hit songs including African Name by Sway, Radio, One Night Stand, No Other Love, Bills On Me, Number One and many others.

He had a brief spell with Snipers Music group based in the UK and got back to Xtra Large Music where his career begun to take shape commercially.

Sad News: General Manager of Despite Group of Companies is DEAD – MAY 5 2015

He might be one of the voices you hear or the faces you see on your television set but his contribution to the arts industry cannot be sidelined.

The former  General manager of the Despite Group of Companies (Mr. Kwasi Brenya) which includes Peace FM, Okay FM, Neat FM and UTV passed weeks after being admitted at the 37 Military Hospital where he was responding to treatment.

Sam Sarpong might not be well known down in Ghana but well known around the world by many especially in the entertainment industry.

The actor and model Sam Sarpong, known for co-hosting MTV’s “Yo Momma” with Wilmer Valderrama, died Monday, his rep confirmed. He was 40.

Sarpong died after jumping off a bridge in Pasadena, Calif., according to E! News. The Los Angeles County Department of Medical Examiner-Coroner has ruled his death a suicide, with an autopsy pending.

He passed at the Ridge Hospital in Accra after battling with sickness for a while.

In 2014, Reverend Eddie Coffie was elected as President of the association. He took over from Nii Odoi Mensah who had been the guild’s president for several years. Rev. Coffie used to be the vice president of the Guild during the tenure of Odoi Mensah.