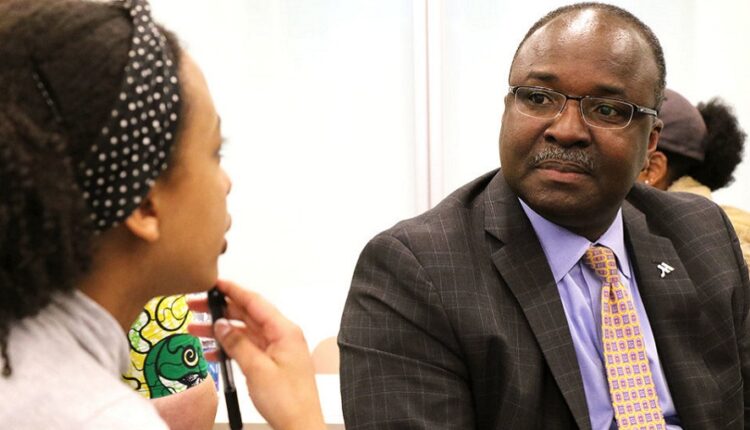 Up Up Ghana as one of it’s industrious sons takes up new role as  Chairman of New York State’s Tourism Board.

George Ntim, the Market Director of Diplomatic and Community Relations at New York City Marriott Hotels, has been elected chairman of the New York State Hospitality and Tourism Association’s Board of Directors according to a new report by Face2Face Africa

According to the media outlet, a statement released Friday by the Association said its mission is to lead and protect the New York State hospitality and tourism industry by providing advocacy, education, and resources.

With his experience in the hospitality industry, the Association said it is looking forward to working with him “in a larger capacity as he brings an abundance of real-life and hotel experience to the Chairman position.”

“His passion for the hospitality industry and his love for the state of New York is a great addition to the Association’s leadership,” said Mark Dorr, NYSH&TA President.

The only African to climb up the difficult ladder to become the Director of VIP Guest Relations and Community Services at the Marriot Marquis Hotel in NYC, Ntim has, over the years, been using his position to bring change to his country, Ghana.

Hailing from Ghana, the  FACE List Award recipient  believes that sports can play a significant role in Africa’s economic liberation.