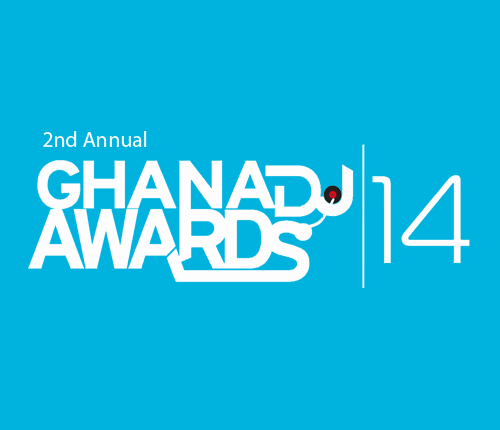 Come Saturday 18 January, the nominees for the 2014 Ghana DJ Awards will be announced at a special ceremony in Accra under the theme Rhythm Nation, organizers Merqury Republic have announced.

“We are thrilled to bring Ghana DJ Awards to life in such an exciting way to the music industry, DJs and fans”, says Merqury Quaye, founder of the Awards.

Generating suspense and excitement on social media, Ghana DJ Awards 2014 stems to be the first major entertainment event of the year.

With 23 award categories including a Lifetime Achievement Award and Best International DJ Of The Year, the scheme is expected to draw DJs from across the country and beyond for awards and recognition.

GHANA DJ AWARDS 2014 will be held in honor of the country’s most hardworking and dedicated Disk Jockeys who promote Ghanaian culture through music, as well as non Ghanaian DJs who promote Ghana music and skillfully play music to entertain music lovers in Ghana and other parts of the world.

This year, DJs would have the chance to vote one song as their most played in 2013 which will later be adjudged DJs’ Song Of The Year.

According to Merqury Republic, The main awards event will hold within the first quarter of 2014.

50 Cent Being Sued By Rick Ross’ Baby Mama For Posting Sex Tape Without Her Permission!