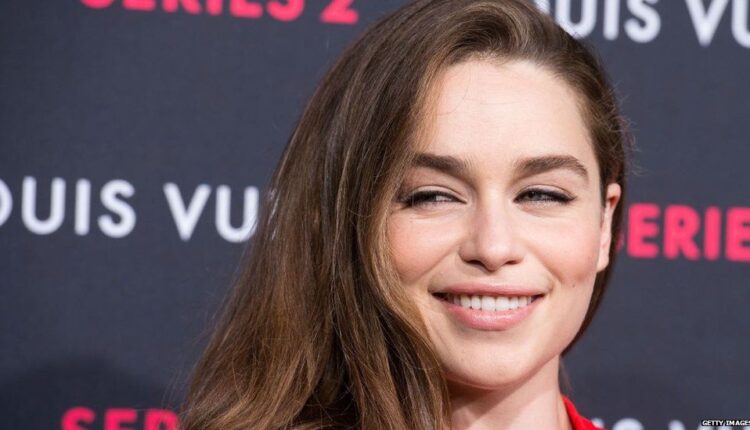 Emilia Clarke has revealed she turned down a role in Fifty Shades Of Grey because of the level of nudity involved.

The Game Of Thrones star said she was worried about being pigeon holed if she took on more nude scenes.

The 28-year-old, who plays Daenerys Targaryen in the fantasy drama, said she was keen to work with the film’s director.

The student Anastasia Steele was eventually played by Dakota Johnson in the movie.

“But I thought I might get stuck in a pigeon-hole that I would have struggled to get out of.”

It took a bit of a pasting from film critics, but was still a huge box-office hit.

Emelia also touched on her private life, explaining her filming schedule sometimes gets in the way of romance.

“I kept thinking that for clarity of mind, I had to be in one place. And then I just realised that’s not how this life is going to work,

“It makes (relationships) absolutely impossible. I’m soppy and I do like to believe that when the right person comes along, it will work,

“Because you want to make it work. Everyone else seems to manage it.”

D-Black drops two new singles “Energy” and “Walk With Me”