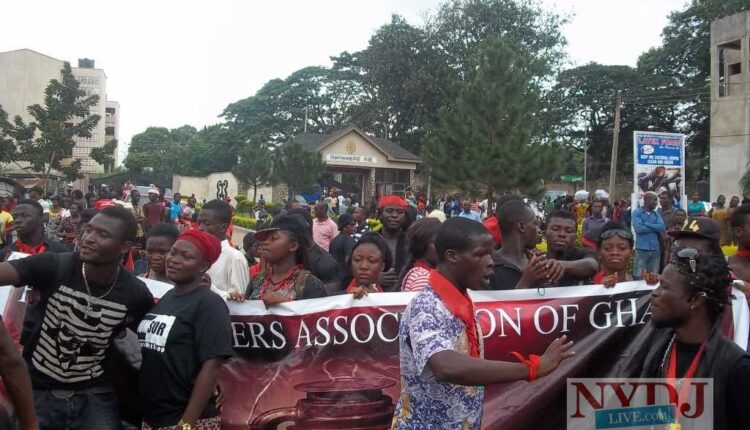 The much awaited “Esum Aduru Yen” demonstration organized by the Film producers Association of Ghana (FIPAG) to register their displeasure at the power crisis the country has grappled with for the past three years was nearly marred by heavy downpour, Thursday afternoon minutes after the event commenced.

With laid down routes from the Kumasi Cultural Centre (where members converged) through to Bantama, Kejetia and to the Jubilee Park, demonstrators could not move a distant away from the exit door which leads to Bantama before heavy rains poured causing demonstrators to disperse and seek cover.

A section of the demonstrators however could not follow to the Jubilee Park where the members were addressed by executives of the association.

Others however joined as demonstrators walked though town without placards, a directive by the leaders of the demonstration.

The demonstration which was scheduled to start at 15:00GMT however start at 17:00GMT.