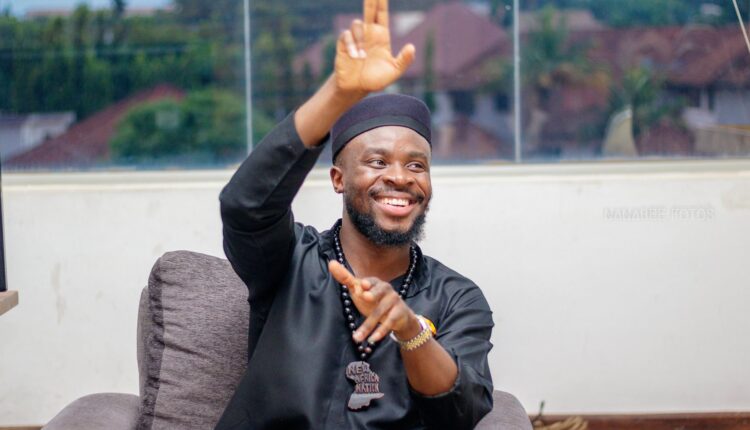 Two (2) lucky fans of Ghanaian music star Fuse ODG would have the luxury of travelling to London for a wonderful experience.

Fuse ODG has announced plans to fly out two lucky fans on an all expense paid trip to the UK.

In a short video shared via his Instagram page, Fuse ODG announced he was “giving 1 lucky person with a plus 1 the chance” the chance to join him and his team in London for the private album listening party.

To mark the Year of Return for Ghana, Fuse ODG released Bra Fie which featured Damian Marley. The song was accompanied by a powerful video which told the real story of the African as beginning from royalty and not slaves as it is suggested by the West.

Interested in joining Fuse ODG for the album listening party? The competition is not restricted to any African country.

Watch the video from below and participate.

Super excited to announce that we are giving 1 lucky person with a plus 1 the chance to join us next week here in London, for the official New Africa Nation Album launch on Wednesday 6th March 2019. Because it’s a worldwide movement, we are ready to bring you from wherever you are in the world to join the New Africa Nation Movement. So along with the tickets, you will get a return travel from anywhere in the world and 1-night accommodation in London provided to attend this Exclusive launch party All you have to do is follow these 3 simple steps. Record a 1-minute video and post on your feed telling us What Africa means to you. (You can get as creative as you like with your video.) Tag me and the ‘plus one’ that will be lucky enough to come with you if you win. Use the hashtag #NEWAFRICANATION so we don’t miss your entry. Winner will be announced this Sunday 3rd March 2019!! Let’s goooo 🕺🏾

Gov’t Reshuffle: Catherine Afeku Out of Ministry of Tourism, Heads To Office of the President