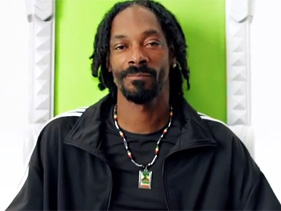 Snoop — a known supporter of same-sex marriage in America — was asked by The Guardian if Frank Ocean coming out last year would pave the way for other gay rappers.

Snoop said we shouldn’t hold our breath, explaining “Frank Ocean ain’t no rapper. He’s a singer. It’s acceptable in the singing world, but in the rap world I don’t know if it will ever be acceptable because rap is so masculine.”

He continues, “It’s like a football team. You can’t be in a locker room full of motherf—-g tough-ass dudes, then all of a sudden say, ‘Hey, man, I like you.’ You know, that’s going to be tough.”

But Snoop made it clear — it’s the nature of the biz, not him — adding, “I don’t have a problem with gay people. I got some gay homies.”