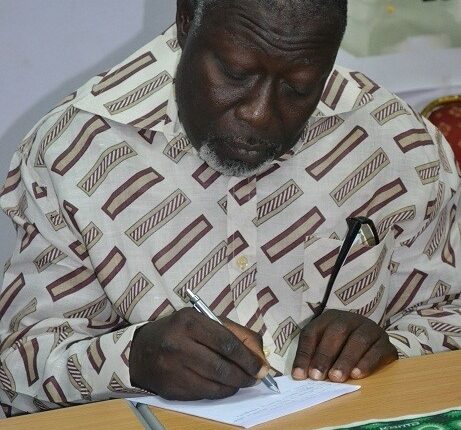 The newly elected executives of the film producers association of Ghana (FIPAG) led by Steve Asare  Hackman is perhaps on the verge of revolutionizing the Ghanaian Film industry as after series of meetings and discussions with other stakeholders of the industry just some few weeks into office have outlined stringent policies to regulate the industry which has been left asunder for a while.

Starting November 1st , 2013, the new directive requires producers with the intention of shooting movies in Ghana to first furnish the FIPAG  office; either in Kumasi (for those in the northern sector) or Accra (for those in the southern sector) with information concerning the production. Refusal to do this according to the directive will lead to a halt in the production, until procedure has being followed and a penalty paid.

Read other directives per their meetings.

New prices from producer to distributor, marketer and to retailers have being agreed on. Howbeit, this will not affect the final consumer price for now. Even though prices of commodities in the country have gone up over the years, prices of local movies have remained the same. We are not increasing the consumer price of the movies yet, but it is something still under consideration.

Any producer who is not registered with FIPAG, and desire to release his/her movie through our marketing  channels, would be required to pay some amount of money before the movie would be given the green light.

This also applies to all foreign or non-Ghanaian owned movies, who intend to sell their movies through our market channels.

Movies are released every week onto the market. This has proven to be very challenging for the producers. In this light, it has been agreed that movies, from November 4th, movies would be released every two.

This means that movies would be released only two (2) times in a month instead of the current four (4) times.

This has become necessary to give the movies some extra time to sell before new ones are brought into the market.

It is being agreed and hereby directed that from November, this year, when these directives take full effect, no movie less than TWO (2) YEARS old should be given to any television station for broadcasting.

Any producer who violates this directive would be severely sanctioned by the FIPAG.

It has being observed that the ‘oil market’ is one of the dangerous evils in the film industry. Some producers shoot anything at all, called movie, with the aim of selling them on the oil market. This has become a very dangerous practice since it has been one of the reasons why there are lots of poor standard productions on our market.

It is now being directed that a movie would have to be ONE (1) YEAR old before being admitted onto the oil market.

It is also being directed by the stakeholders, that the “oil price” to the final consumer should be the same as the price before the movie went on “oil market”; five (5) Ghana cedis for the two part disc.

MIGRATION FROM VCD TO DVD

It has being agreed by the stakeholders, that starting February 2014, Ghanaian movies would be released straight on DVDs and not VCD.

All producers who would be releasing their movies from February next year, would have to do so in DVD format and not VCD.

This has become necessary because the equipment used in productions these days are of high quality, giving quality pictures but when converted to a lower format like the VCD, the quality of the pictures drop drastically, making nonsense of the usage of the quality equipment.

We believe that migrating to DVD would ensure that picture quality of our movies is improved, to compliment the expensive and quality equipments being used in productions today.

Piracy is seen as dangerous evil of our trade. In this light we have decided to tackle the issues with all resources available to us and in collaboration with the law enforcement agencies of Ghana.

Undercover and secret informers and whistle blowers have being set up in various parts of the country to help us arrest pirates of our works.

Currently many pirates have been arrested and arranged before the courts of law in various parts of the country.  This process will be going on until we finally win the battle over pirates.

The leaders of the various stakeholders are very much aware of the fact that there will be members or non-members who might want to test or go contrary to these directives.

In that respect, various sanctions and punishments have being put in place to make sure that these directives are obeyed and respected by all film makers to help bring sanity and improvement in the industry.