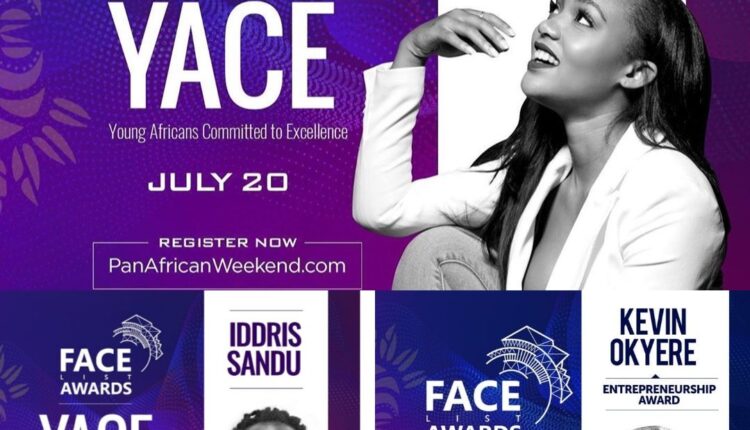 Three extraordinary Pan Africanist would be honoured at the 2019 Face List Awards.

The three (3) include  Ghanaian-American tech mogul Iddris Sandu who will be honoured with the YACE (Rising Star) Award during the 2019 Pan-African Weekend in New York City.

Starting his career at Google at the age of 13, Sandu has worked with cities to start STEM programs in local schools, developed algorithms for companies like Uber, Snapchat, Twitter and Instagram.

Iddris Sandu is joined by New York Stock Exchange trader  Lauren Simmons who will also be honoured with the YACE (Rising Star) Award.
.
At 23 years old, Lauren made history when she became the youngest female on the floor as well as the second-ever African American woman working as a trader at the New York Stock Exchange (NYSE) in its 225-year-history.

Among the list of honorees is  Ghanaian born  Kevin Okyere.

At age 38, Forbes describes Kevin Okyere as the man who built a $1 Billion oil company in Ghana.

Kevin is the CEO of Springfield Group, an energy conglomerate he founded.

Considered the most prestigious celebration of pan-African achievement, the F.A.C.E. List Awards recognize and commemorate the achievements of pan-Africa’s most influential icons, moguls and trailblazers, while providing a unique platform for the business community to connect and celebrate our success stories.