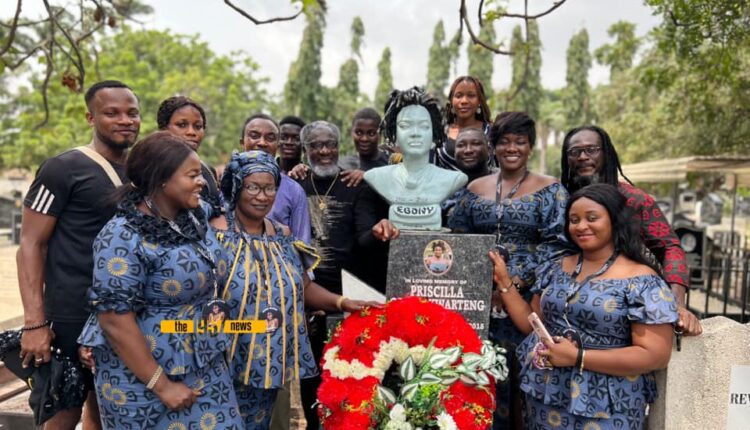 The family of the late Ghanaian music star Priscilla Opoku-Kwarteng aka Ebony Reigns has marked the four year anniversary of her death by visiting the gravesite.

Pictures shared on social media show the father Nana Poku Kwarteng, mother, and a number of other family members clad in custom-designed clothes lay a wreath on her grave.

The family also unveiled a sculpture of the late music star.

Ebony Reigns was killed instantly in a traffic collision on 8 February 2018 whilst returning from Sunyani to Accra after a visit to her mother. Her assistant and longtime friend Franklina Yaa Nkansah Kuri and soldier Atsu Vondee were also killed in the fatal accident.

She died eight days away from her 21st birthday.

Check out some of the photos below.