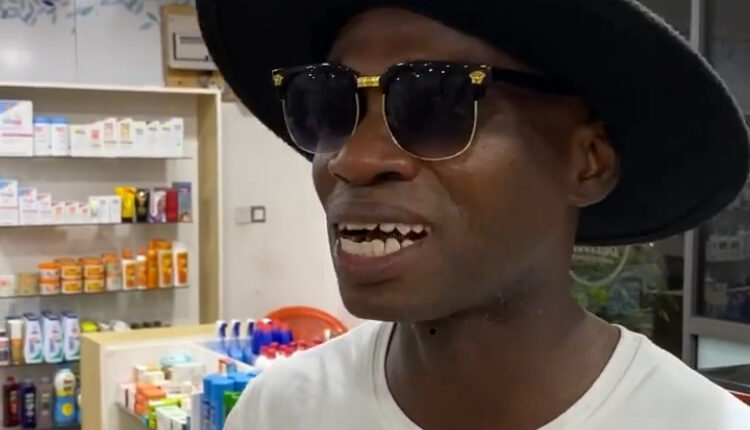 The Asokore Mampong district court presided over by Her Worship Portia Molly Sally has ordered a medical examination of self-acclaimed Global Ambassador for the United Nations (UN), Kwame Fordjour, popularly known as ‘Dr. UN ahead of his hearing.

According to the trial judge, the mental fitness of an accused person was a prerequisite to a fair trial and that it was important for Dr UN to have the mental capacity to understand and appreciate the court proceedings.

The court has, however, granted bail to the organizer of one of the country’s most controversial award schemes at the amount of GHc 15, 000 with two sureties to be justified.

Kwame Owusu Fordjuor aka ‘Dr UN,’ was arrested on Friday, 16 October 2020 at the premises of Kumasi-based radio station, Hello FM by the Police after an interview.

He is facing a trial for defrauding by false pretences from four different complainants.

Presenting the facts of the case to the court, Inspector Samuel Mensa disclosed the complainants, in this case, were renowned members of the society residing in different locations within the Kumasi Metropolis and in the Ashanti region.

According to the prosecutor, Dr UN, in the months of July and August 2018, with the intent to defraud went to the complainants with letters and memorandum to the effect that they won an award from the office of the United Nations Organisation in Ghana in collaboration with his NGO.

He added the accused went on to convince the unsuspecting complainants that the said award named as ” The United Nations Gold Star Honour of Excellence Leadership Award ” was to be conferred on them by the U. N at the Great Hall of the KNUST to be followed by a so-called Red-carpet Dinner reception to be held in honour of the recipients and their followers who were to pay GHc 1, 000 each.

The Prosecutor told the court that on the 3rd day of August 2018, the complainants gathered at the Great Hall of the KNUST at 6:30 pm in anticipation of a memorable event.

“But after they had waited for more than three hours, complainants became agitated only to be informed that the program would no longer take place,” he told the court.

Inspector Samuel Mensa stressed the complainants then begun to demand for their money but had negative feedback.

Lawyer Kwame Adofo has however told the court that all charges levelled against his client will be contested.  He stressed the burden is on the prosecution to prove with evidence until that his client remains innocent and called on the media to put a stop to all the allegations and media trials.

“In accordance with Section 133 (1) of Act 30, I am not certain that the first accused is of sound mind to stand trial or to plea to the charges without a scientific examination. It is, therefore, prudent to hold on to the trial and order that the first accused should be medically examined,“ the presiding judge ruled.