Diddy Explains Why He Stopped Lizzo’s Twerking Amid Backlash 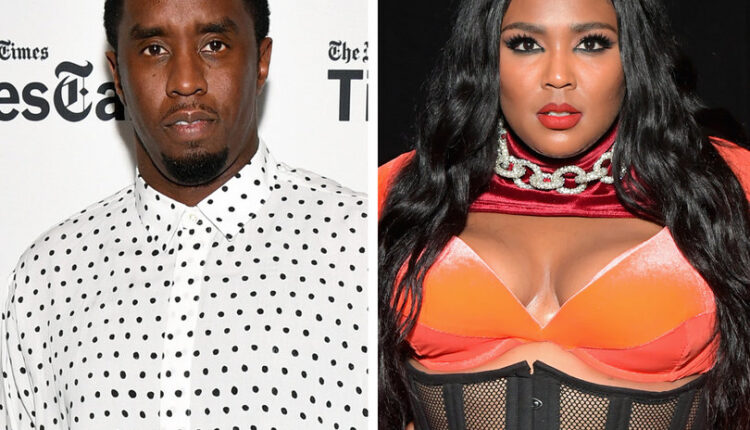 Many fans aren’t happy with  Sean “Diddy” Combs after he appeared to stop Lizzo from twerking during his Instagram Live dance-a-thon fundraiser on Easter Sunday.

The star-studded social media event — which the music producer hosted to raise money for healthcare workers on the front lines of the coronavirus fight — featured  Jennifer Lopez,  Megan Thee Stallion,  Drake, Lizzo and more stars joining Diddy to dance for a good cause.

However, at one point during Lizzo’s brief appearance, the “Truth Hurts” star began to twerk to Moneybagg Yo’s, “1 2 3” and Diddy intervened saying Lizzo’s moves were inappropriate for the religious holiday.

A flustered Lizzo immediately stopped dancing and awkwardly apologized in reply. “Sorry, sorry, sorry! Let’s do something fun,” she said before requesting her hit “Juice”. “Well, don’t play that kind of… play something I can bop to.”

While he stopped Lizzo’s dance moves, Diddy later praised model Draya Michele as she twerked to “Back That Ass Up” several hours later. “You killed that!” Diddy told Draya. “I think that was one of the top performances.”

#PressPlay: #Draya did it for #EasterSunday 😩👀

In response, many fans called out Diddy in the comments, accusing him of having double standards.

“But Lizzo was a ‘no’ and embarrassed????? hmmm I’m a little confused now,” a person wrote. “We need to keep the same energy –I don’t like this.”

“Its ok for Draya to twerk but when lizzo starts twerking you say ‘lets keep it a little family friendly’ not to mention you made her look like a damn fool for being her own self. Ok sir,” a fan commented and another added, “IF LIZZO CANT DO IT DRAYA CANT DO IT EITHER.”

“Draya start twerking & them fools lost they minds,” a user said. “Lizzo twerk & he says ‘No twerking on the Lord’s day’… if double standard was a person.”

Diddy later took to his Instagram Story to respond to the backlash, claiming he had a problem with the lyrics in the song Lizzo was twerking to rather than her dancing.

“There’s one thing that I want to make clear — my queen, my sister Lizzo,” he explained. “When I stopped the music it was ’cause it had a lot of curse words in there, not because she was twerking. She’s one of the best twerkers in the world, ok, so let’s keep that clear. It wasn’t about twerking. You’re allowed to twerk on Easter.”

“It was a lot of cursing in the record and I don’t need child services knocking on my door right now, you understand?” he joked, adding his admiration for the singer. “Lizzo, we love you. Everybody, stop looking for the negative. Look at the positive, man. Let’s go to the love.”

However, many critics didn’t buy Diddy’s apology and pointed out how the songs Draya and Megan Thee Stallion danced to weren’t appropriate either, yet he didn’t interrupt them.

“So draya’s song was ‘family friendly’ ?” a person asked.

“Diddy said he stopped Lizzo because of all the cursing while Lizzo was performing not the twerking,” another added. “However when #megtheestallion was performing there were plenty of curse words. He’s lying.”