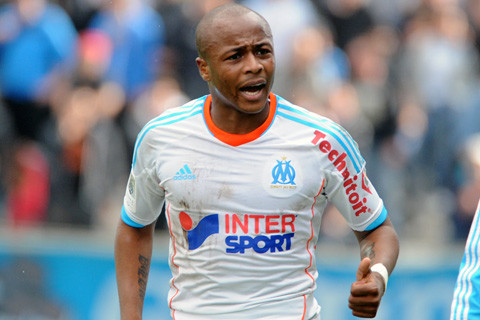 Ayew was cited for a challenge on Saint-Etienne wingerYohan Mollo last month, despite being booked for the tackle by referee Said Ennjimi.

The Ghana international defended himself by video link at hearing into the incident yesterday, but the LFP have decided that his actions were worthy of a three-game suspension.

The 23-year-old will now miss tomorrow afternoon’s clash with Reims, as well as Ligue 1 fixtures against Rennes and Sochaux in November.

Ayew has scored three goals in 12 appearances for L’OM so far this season, with his latest strike coming in Tuesday night’s 2-1 defeat to Napoli in the Champions League.