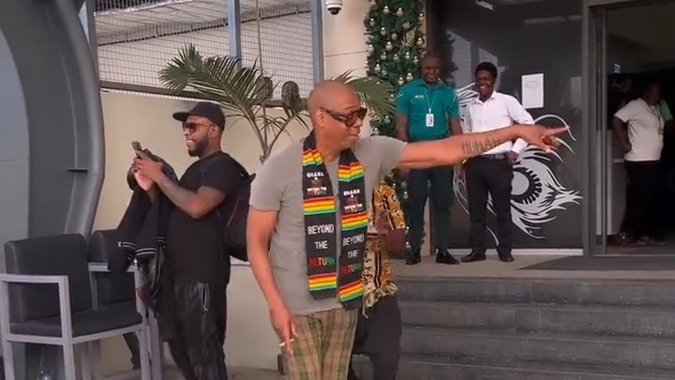 American stand-up comedian and actor Dave Chappelle is in Ghana.

The comedian who touched down at the Kotoka International Airport on Tuesday, January 2, 2023, was welcomed on arrival by the Diaspora Affairs at the office of the President.

Dave Chappelle is expected to make an appearance at the University of Ghana on Thursday, January 5 in an event dubbed “A conversation with Chance and a special guest.”

This is a part of activities marking the Black Star Line Festival put together by Chance The Rapper and Vic Mensa.

Check out a video of his arrival in Ghana.