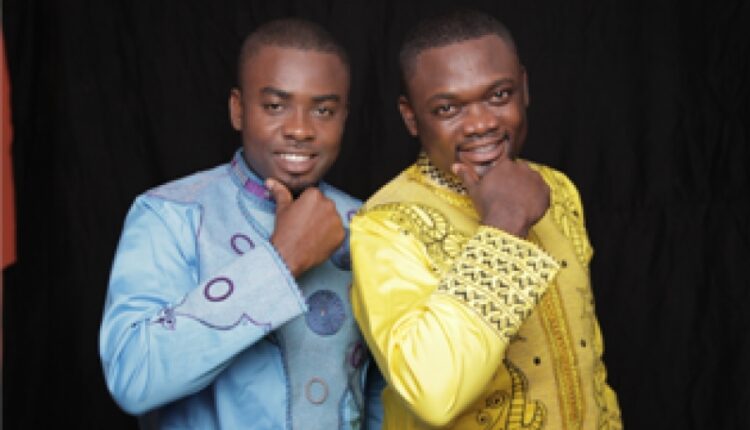 When friends and business relationship go sour, so many things are likely to happen and that is exactly what is happening between gospel music duo Willie and Mike and their former business partner Mr Gyimah Marfo of the defunct Favour House Production. Mr Gyimah Marfo started Favour House Production strictly to do music with Willie and Mike Outreach Ministries but things did not go as expected and now things have fallen apart.

The business collaboration is not working because according to Mr Gyimah, the initial agreement to invest in Willie and Mike`s music to recoup his investment has turned into a charity deal which he refutes was not the original idea. Because understanding was not forthcoming after further deliberations between them, the man who doubles as the Chief Executive Officer of Brisk Credit: a Micro Finance Institution has handed over the disagreement to his legal advisers Nkrabeah and Associates to deal with Willie and Mike who are currently out of the country.

They are plying their trade between Canada and the United States of America currently and it is not clear when they are coming back to the country.

What is more serious about this law suit is the fact that judgement will be passed within 8 (eight) days after serving them with the writ of summons even in their absence without further notice to them. These are some of the claims the court is making against Willie and Mike: Recovery of the sum of Ghc. 42,900 cedis being the actual cost of production of the album “Favour” from the two defendants, jointly and severally.

Interest on the said sum from 2nd June, 2013 till the date of final payment. Injunction on further sales and airing, playing or in any way publishing the album “Favour” until the plaintiff retrieves his money from the Defendants.

The rest are up to the court to explain but one thing is very clear, that any radio station or radio presenter who plays a Willie and Mike song on their favour album will face a case of court contempt until injunction is cleared.Some of the processes included in the court injunction are as follows:In December 2012 the two artistes approached plaintiff that they wanted him to sponsor or produce their latest album for them on terms.

2. The two defendants swore several oaths that they were different; they were men of integrity, honest and not driven by greed.

3.After great hesitation and with great reluctance, the plaintiff released cash totaling Ghc. 42,900 to fully finance the production of their latest album called “Favour”with ten tracks.

4.“Favour” became an instant hit and the two Defendants were shot to fame overnight.

5. As feared by the plaintiff, the daze of success and wealth made the two Defendants forgot completely where their bread had been buttered.

6. They turned their back on the Plaintiff, avoided his phone calls and flatly refused to meet him.

7. A certain Man of God, a Pastor, intervened with proposals for a peaceful settlement but the Defendants pooh poohed the efforts.

8. Solicitors for the Plaintiff wrote to the Defendants but even though they received the letter, they treated it with scorn.

9. The two Defendants popularly identified as Willie and Mike are now so rich and so famous that they don’t even want to succumb to ordinary rules of common justice.

This is the document Flex newspaper chanced on last week and we will follow this case closely till the end. Meanwhile, it is our wish that the parties involved will solve this amicably to keep body, soul and business together.

US Rapper, Wale Shares Childhood Photos and Pix With His Father