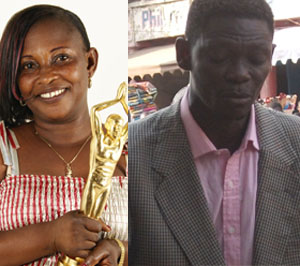 The question of sub standard movies being produced by most film Directors and producers in Kumasi has been attributed to the insurgence of  “Concert Party” actors and actresses in the industry according to Frank Gharbin, a movie producer in Kumasi.

Although most of these concert party actors and actresses have sustained the industry for a while, Frank Gharbin consistently put the blame on them and wished more education could be made available to such players.

Frank has however said notice must be taken as not all the actors and actresses in Kumasi are illiterates. He made mention of wonderful actresses like Nana Ama McBrown, Emelia Brobbey, Vivian Gill Lawrence and others who have so far starred in what others would term “Glamour or English movies”.