Ciara to Marry Russell Wilson in England This Weekend 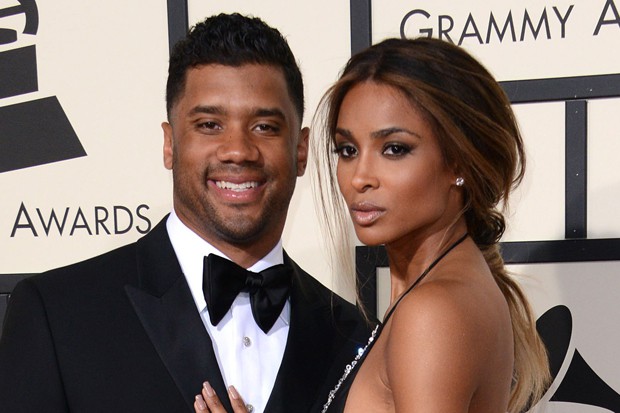 Ciara and Russell Wilson will tie the knot in England this weekend. The soon-to-be Mr. and Mrs. Wilson were photographed stepping out together in Liverpool for their rehearsal dinner on Tuesday afternoon, July 5.

In some photos shared by Jerome Trammel, Ciara was seen holding Russell’s hands as they walked into the Titantic Hotel. The “Dance Like We’re Making Love” hitmaker looked beautiful in a white halter dress with her hair styled in low ponytail. Russell, meanwhile, wore an all-black outfit.

According to TMZ, Ciara and Russell invited 100 of their close friends and family for the wedding. The “I Bet” songstress reportedly had a bachelorette party in Las Vegas two weeks ago. The nuptials will reportedly decorated with a castle-like backdrop.

Earlier in the day, Ciara filed a defamation suit against her ex Future, claiming Russell is in danger of being murdered by the rapper. She pointed out various threats made by Future, including a tweet featuring two football emojis with guns pointing in their direction, according to TMZ.


Ciara also noted Future’s song “Juicy”, in which he says, “Tryna f**k my baby mama, dog what’s up with you? You gon’ make me get that heat, I’m pulling up on you.” She called Future’s conduct, “frightening” and “socially irresponsible … where there has been a recent rash of gun violence.”

In a response to Ciara’s suit, Future took to social media to ask people to stop the “fake” reports.

I put my own work in,no publicity..let me focus on being great & leave me out the fake shit plzzzz #jusgettinstarted

Listen Up: Jayso dives into the ongoing beef with new single “PREACH”