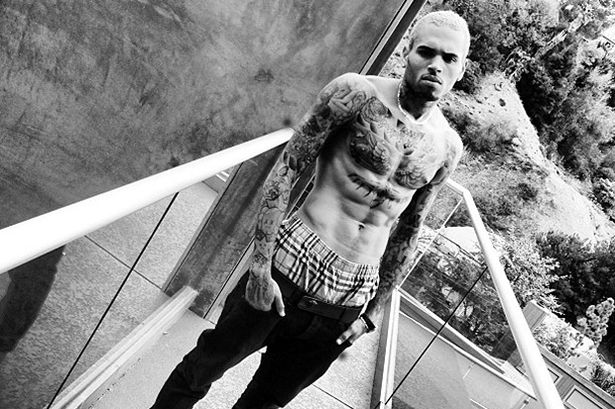 Chris Brown had a sit down with the media to speak on the mysterious title of his new album that is currently in the works. Brown also revealed a super-special guest feature that may be featured on the album.

Chris Brown is reportedly titling his sixth studio album simply ‘X.’ The singer recently invited members of the media, to listen to his forthcoming release.

The song and the album title ‘X’ has a couple different meanings,” Brown told MTV News. “It can refer to an ex-girlfriend, in terms of you always look forward to moving forward from. It’s also about being a reject in a sense. In me being myself, being able to grow up, me not always hanging around the right crowd or doing the right thing all the time — it’s me saying, ‘I’m over it. I’m past the bulls-it now.

Brown’s first single, “Fine China,” re-teams him with Diplo, who previously worked with the Virginia native on “Look At Me Now.” The track is described as an “instantly infectious heartbreak song,” and finds Brown stripping away the bass-heavy, auto-tuned beats for a more classic R&B sound. “For the first single, I wanted to go more nostalgic, bring Stevie Wonder, Michael Jackson, Sam Cooke to it, but also bring a new sound to what my audience and fans are listening to,” he explained. “For this album, I wanted to have the same mentality as I did with the first album — me being green, me not thinking I know what’s hot and what’s next, me just being Chris Brown. I think this will show my vocal ability a lot more. I’ve developed a falsetto, I can sing at a higher register, and I can elaborate more on my skill.”

Although he hasn’t revealed the entire X guest list, Kendrick Lamar will appear on the track,”Autumn,” which Brown sees a record perfect for nice weather. “If you’re in your car just riding, it’s perfect. It just feels like a weather record — an emotional record.I feel a certain way when I hear it.”

Chris Brown’s X is due out in August.