CHECK THIS!! DJ Mensah Accepted To Work With Sarkodie On This Condition 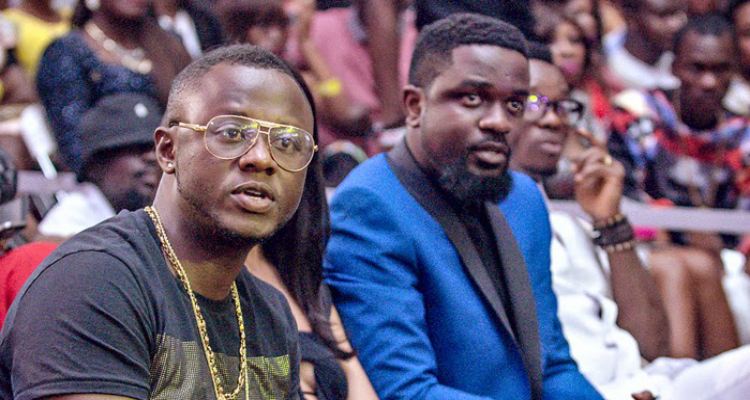 Undoubtedly one of Ghana’s most revered DJs, Michael Mensah also known as DJ Mensah has had a good run with his career.

Playing for several others including Praye and hosting his own annual events, DJ Mensah has revealed the condition under which he accepted to work with Africa’s most decorated rapper and CEO of SarkCess Music, Sarkodie.

DJ Mensah, who has for the past decade served as the official DJ for Sarkodie in an exclusive interview on BTM Afrika detailed how he came into contact with Sarkodie, playing for him for the first time and the terms under which he agreed to work with Sarkodie.

According to him he accepted to work with Sarkodie on condition that his paychecks were coming in.

“I had ended playing with Praye so I was on my own and I played for a few others before I met him so just after that Korsah was like I want you to play for Sarkodie and like everywhere he goes, I want you to be his personal DJ and I’m like as soon as the cheques are coming, my money is coming, I don’t have a problem, I’m ready to work and that’s how we took off and since then it’s been one story after the other…”

DJ Mensah was also grateful to Sarkodie for the many opportunities that have been made available to him since they started work.

“I remember when I was coming up, I said to myself that I was not going to be on TV and radio but wanted to be as strong as all the DJs around the world. I wanted people to shake their heads like they would to any DJ coming in from America or Europe…..I was praying to do the 02, Madison Square Gardens, all these big places. Working with Sarkodie, I thought I was gonna lose that but I realize he’s rather taking me on the road as we do big arenas…”

‘Blessed To Be A Part’; Keri Hilson As She Promotes Stonebwoy’s…