CEO of Kessben Group, Others Give Burns Ward of KATH Major Facelift, Pay Bills For Patients 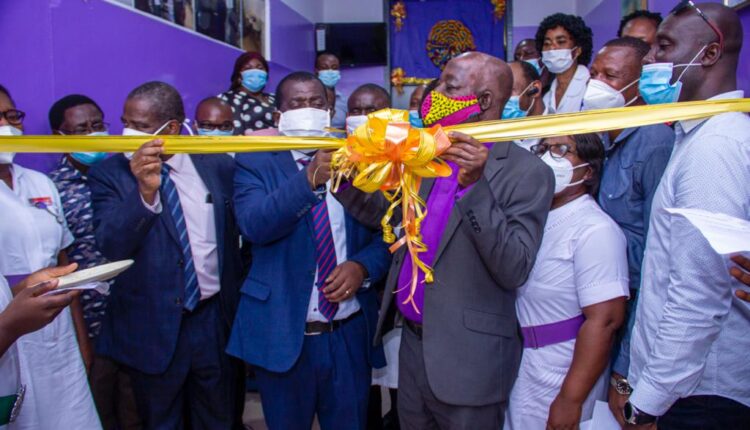 The Burns Intensive Care Unit of the Komfo Anokye Teaching Hospital (KATH) has seen a major facelift making it one of the best wards since its establishment in February 2001.

The new development facilitated by the CEO of Kessben Group, Kessben Outreach Foundation and a few others was inspired the sad story of one Francisca who has sustained severe burns.

Narrating the story, Sammy Adu Boakye, host of popular gospel program Church Bells on Kessben FM revealed the plight of a young girl who had suffered severe burns was brought to his attention which prompted him to solicit for funds from his radio listeners.

Sammy reveals the entire project was pushed through by the CEO of Kessben Media who made the down payment for the full surgery cost of little Francisca after he had heard the story.

Aside from the renovation and provision of new beds which costs over GHC200,000, bills of all patients of the Burns Intensive Care Unit (Ward D2C) were settled with the least averaging GHC 5000.

Speaking at the colourful ceremony, the CEO Dr Oheneba Danso expressed appreciation to Mr Kwabena Kesse, who he described as a personal friend for the support over the years. He also thanked radio presenter Sammy Adu Boakye for the wonderful initiative and the donors for making an impact in the lives of others.

He described the ward as the best he’s ever seen in his entire practice as a surgeon.

Bishop Professor Osei Sarfo Kantanka who represented the Kessben Outreach Foundation also urged other institutions and individuals not to rely solely on the government in helping solve our problems.

Sammy Adu Boakye thanked his CEO, Mr Kwabena Kesse for the leadership and providing the most part of the financing for the project. He also expressed appreciation to his colleagues especially Oheneba Michael Nyame who worked around the clock and to Dr Kofi Asafo Agyei who brought this to his attention and appealed.

Check out some photos from the renovated Burns Intensive Care Unit of KATH.