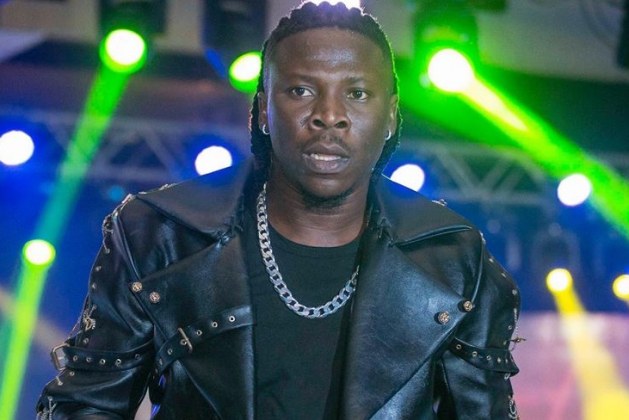 Earlier today (Monday, June 22, 2020), Kelvyn Boy in a series of cryptic messages on Twitter talked about an alleged attack on him during the opening of a business showroom in Ashaiman where Stonebwoy holds as a  ‘territory’

RE: ALLEGATIONS OF UNLAWFUL CONDUCT AT ASHAIMAN AND MATTERS ARISING

Our attention has been drawn to a series of tweets issued earlier today from the twitter account of Kelvin Brown, who was previously under our label, imputing criminal conduct against Livingstone Etse Satekla (Stonebwoy), the President and Chief Executive Officer of our organisation.

In these tweets, Kelvin Brown insinuates, and by use of innuendo, alleges that Stonebwoy is responsible for a scuffle that apparently occurred at an event in Ashaiman today.

Further, a group of persons, including an individual who is being held out by the media as Stonebwoy’s bodyguard, have been identified in social media reports to have been allegedly involved in the scuffle. These imputations of criminal conduct are very scandalous and calculated to cause disaffection for Stonebwoy, our organisation and our brand.

It is for these reasons that we are issuing this statement to set the records straight and correct any erroneous impression that may be created in the minds of the discerning public as a result of these tweets and media reports.

For the avoidance of doubt, we state emphatically that we are in no way associated with the alleged scuffle. Further, none of the individuals who are alleged to have been involved in the alleged actions has been and/or are in, the employment of Stonebwoy.

To suggest that we will divert our attention from our efforts to promote Ghanaian music to devote time and/or energy to an artist who was voluntarily released from our organisation can only be the product of an exaggerated sense of self-importance. Be that as it may, these spurious allegations are very damning and are causing considerable harm to our brand and our legitimate business interests.

As such, we have instructed our lawyers to take the appropriate steps to vindicate the legal rights of Stonebwoy and the brand of our organisation.

While the legal processes follow their course, we entreat the general public to treat these baseless allegations with the contempt that they deserve.

We are and shall continue to be law-abiding persons dedicated to entertaining Ghanaians through our music, BHIM merchandise and the charity works of our Livingstone Foundation.