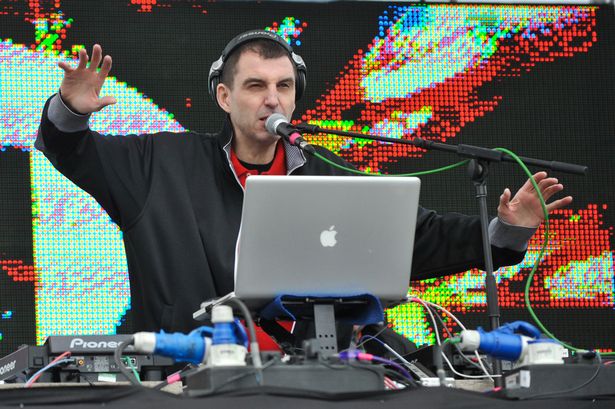 Veteran broadcaster Tim Westwood has responded to allegations that he has behaved inappropriately with student fans.

According to MailOnline, a statement copied them by Tim Westwood hits out at the ‘fabricated allegations’ claiming they were false without any foundation.

He said: ‘I can categorically say that I have never had an inappropriate relationship with anyone under the age of 18.

‘I am aware of attempts by anonymous sources to make fabricated allegations online. I can confirm that such allegations are false and without any foundation.’

Westwood’s name and the allegations began trending on Twitter after an unnamed woman posted messages describing a four-year relationship.

Tim Westwood Fingered In Strings Of Allegations; Petition Opened To Investigate Him

Using the Twitter name @survivingtimwestwood she admitted she was in love with the DJ and had not gone to the police with any of her allegations.

Others responding to the twitter messages called on bosses at Global Radio, where Westwood works for Capital Extra, to investigate his behaviour towards young black women.

A petition #mutetimwestwood on the Change.org site called for an investigation to be launched into his behaviour and had attracted over 150 signatures.

The person who launched the petition said Westwood had a reputation among black female students, writing: ‘He has forged for himself as a hip-hop icon and proponent of Black British culture – with all the privilege that his whiteness allows him.

‘The 62 year-old’s DJ persona as a middle-class, middle-aged white man who acts like he’s young, black and straight outta the ‘hood’ has landed him countless awards, accolades and opportunities – and power.’

The allegations made on Twitter are all unproved with the complainant refusing to identify herself.

Westwood, son of the former Bishop of Peterborough, is a well-known figure on the hip hop scene.

He began his career with local radio before joining Capital Radio in London and was later given his own show by BBC Radio 1.

Westwood is considered among the most influential rap and hip hop DJ in Europe and is a winner of numerous radio industry awards, including best radio DJ in the Music of Black Origin ceremony.

Last week he was present at a lockdown party in Essex where after he left three men were shot, with 50-year-old Robert Powell dying from his wounds.

Westwood had been filming a cameo appearance for a drill rap video at the party and had left two hours before a gunman opened fire on a group of people standing outside a house in Harlow, Essex.