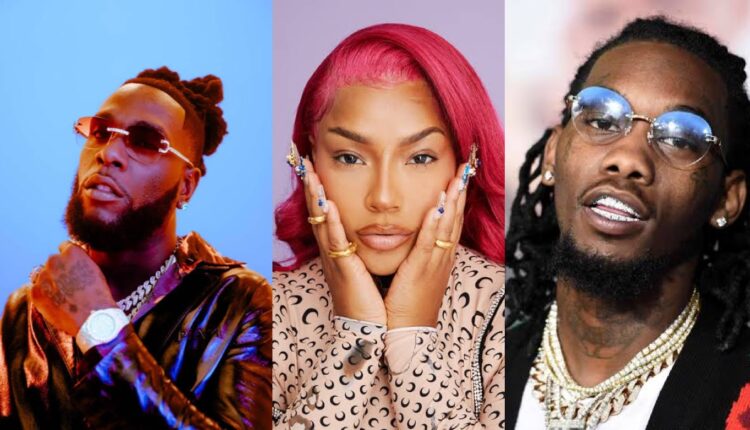 African Giant, Burna Boy has finally reacted to an Instastory allegedly made by Offset and his contemporary, Wizkid as well as that of his ex-girlfriend Stefflon Don that sought to mock him for sexual weakness.

His reaction comes after a fan tweeted at him with screenshots demanding an answer.

The tweet read; “This you?” to which the musician responded saying;

“Nope this was all doctored and done by Wizkid delusional Twitter fc.”

Nope this was all doctored and done by Wizkid delusional Twitter fc. https://t.co/INqSd1PfbX

The fake posts sought to make a mockery of the African Giant.

See the alleged posts about Burna Boy from Offset and Stefflon Don below: 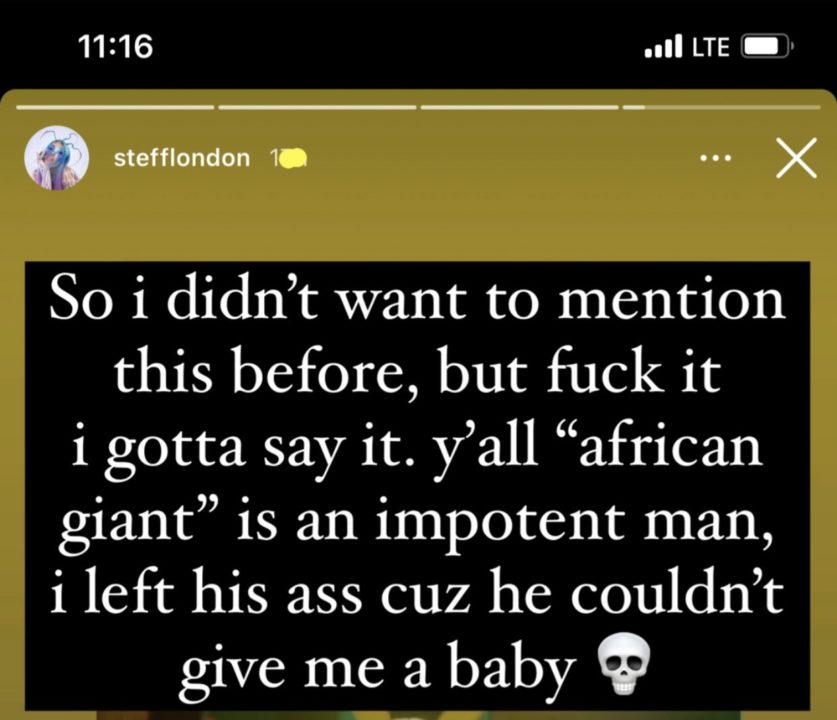 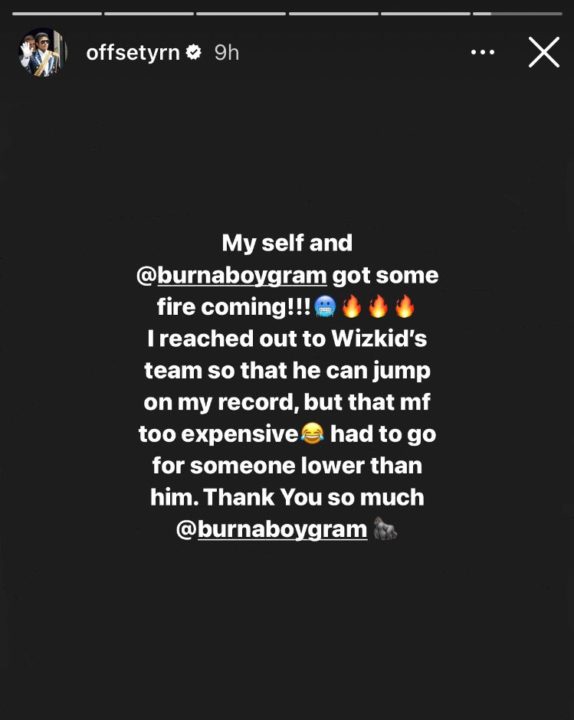