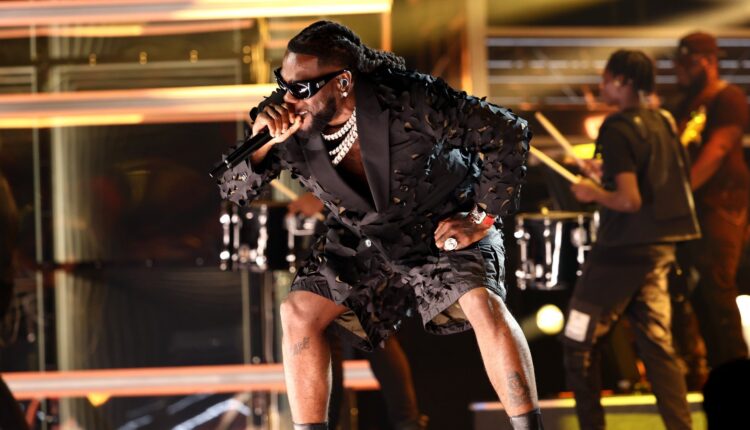 Hot off his recent Billboard cover story, Burna Boy hit the stage of the MGM Grand Garden Arena in Las Vegas on Sunday (May 15) night to close out the 2022 Billboard Music Awards.

The Grammy winner confidently strutted and danced around the stage, giving a high-energy, upbeat finish to the BBMAs.

Burna’s upcoming sixth album, Love, Damini, is set to come out on July 2 — not coincidentally, that’s the same day he turns 31. “I’m reflecting on everything — what I’m doing and what’s happening where I’m from. Where I’m from is a part of where I’m going,” he told Billboard of the album.

Watch his performance below.