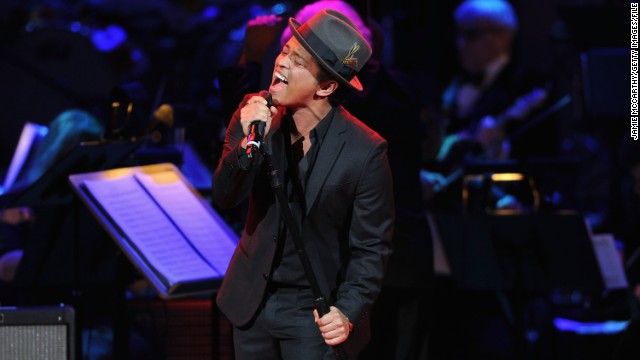 Mars — born Peter Gene Hernandez in Hawaii 27 years ago — was just 4 when he began performing in his family’s show as an Elvis impersonator.

He moved to Los Angeles as a young adult to write and produce for other artists, but his last three years have been his most successful.

His debut album for Atlantic Records, “Doo-Wops & Hooligans,” includes “Just The Way You Are,” which won him a Grammy for best male pop vocal performance in 2010. The album and his hit single “Grenade” were nominated for three Grammys in 2011.

His second album, “Unorthodox Jukebox,” includes the hits “Locked Out of Heaven” and “When I Was Your Man.”

Mars is set to resume touring on June 22, but it was not immediately clear whether the concert schedule would be affected by his mother’s death.