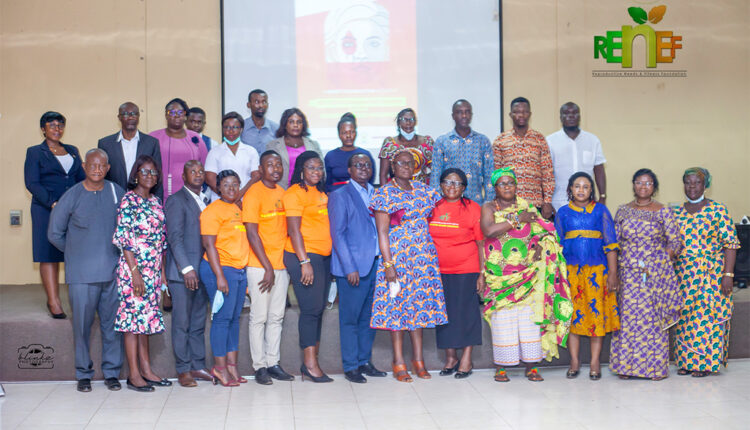 The Foundation which seeks to support victims of Gender-Based Violence by offering the needed support and also creating awareness on the need to report cases of abuse to the appropriate authorities has launched a new project.

Dubbed ‘Beyond16DaysofActivism’, the project was launched in Sunyani, the regional capital of Bono to help create awareness and help minimize the menace which is on the rise.

Speaking at the launch, the Bono Regional Minister, Hon. Justina Owusu-Banahene admonished parents to desist from discouraging their wards from reporting perpetrators of gender-based violence.

She further entreated them to seek help from the appropriate authorities for their wards to help them in their development.

“Gender-Based Violence is not something the government can only fight and I commend RENEF Foundation for initiating such an important project to curb this social endangerment,” she said.

She also urged RENEF Foundation to collaborate with the needed institutions to make the fight a success.

Co-Founder of RENEF foundation and a public health Nurse at the Sunyani Municipal Hospital, Mrs Abigail Antwi-Baafi revealed that Gender-Based violence which is a national setback was on the increase in cases in the Sunyani municipality and needed immediate attention.

She announced a new documentary featuring victims of Gender-Based Violence will soon air on Onua TV.

Mrs Antwi-Baafi said a Walk and musical show will be organized in March 2022 to create awareness and help raise funds for the project which has started.

She entreated the municipality to support the project.

‘We have an official song titled Report Abuse by RENEF which is available on all social media and digital platforms’ She said.

The Launch brought together various stakeholders like the Criminal Investigation Department Of The Ghana Police, Social Welfare, Health Directorate, Educational Directorate and heads of institutions who play a part in ensuring that Gender-Based Violence is minimized to find a lasting solution to this pandemic.