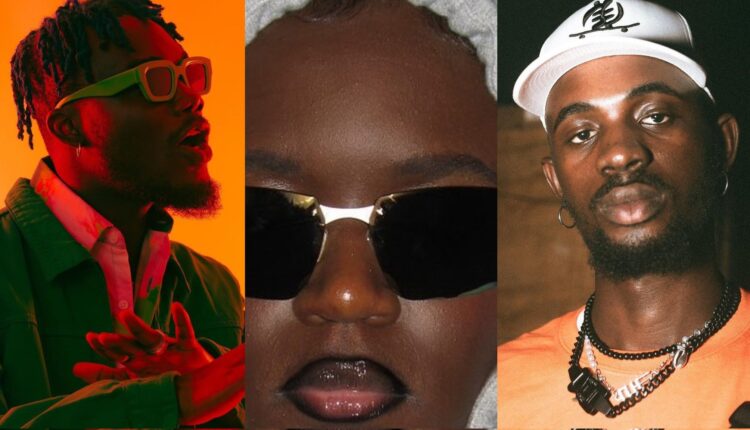 Ghanaian music stars Camidoh, Black Sherif, and Amaarae are three of 40 artists across the African continent to make the cut for the inaugural Best Afropop Songs of 2022 list put together by Rolling Stone.

With the term Afropop becoming a catch-all term casting a wide net over the diverse musical approaches originating and dominating from Africa, the list comprises songs from different genres including Afrobeats, Amapiano, R&B, Rap, and Drill that broke barriers and crossed borders.

Sitting comfortably at Number 7 is Kweku The Traveller by Black Sherif.

Ghana’s take on drill, asakaa, has been one of the most exciting new sounds from the continent. Many promising acts and hits have emerged from the scene, and thanks to songs like “Second Sermon” and “Soja,” Konongo-born rapper Black Sherif has risen to be an emotive and relatable torchbearer. “Of course, I fucked up/Who never fuck up? Hands in the air! No hands?!“ — the accountable rumination which he chant-raps with conviction on “Kwaku the Traveller” — travelled around the globe. Beyond the viral line, though, the track is a vulnerable and honest account of a young and determined hustler.

Before Ghanaian singer Camidoh updated his 2021 single “Sugarcane” with a remix featuring Nigeria’s Mayorkun, King Promise, and British Nigerian breakout star Darkoo, the singer already had a handful of singles and a debut EP to his name. However, “Sugarcane (Remix)” placed the artist securely on the map and set him on the path to superstardom. Thanks to TikTok, Camidoh was inescapable, quickly becoming the soundtrack to African weddings, day parties, and gatherings in the summer. Now, with a digital edge over his contemporaries, Camidoh is setting a vast scope for where he can go next.

Since the international success of “Sad Gurlz Luv Money,” Amaarae has continuously proved that this is her world; we’re just existing in it. Her silky, sultry vocals are enchanting and euphoric. In “A Body, A Coffin,” which appears on the Black Panther: Wakanda Forever PrologueEP, her signature high-pitched croons cascade over lush production that features Afro-fusion percussion and flutes.