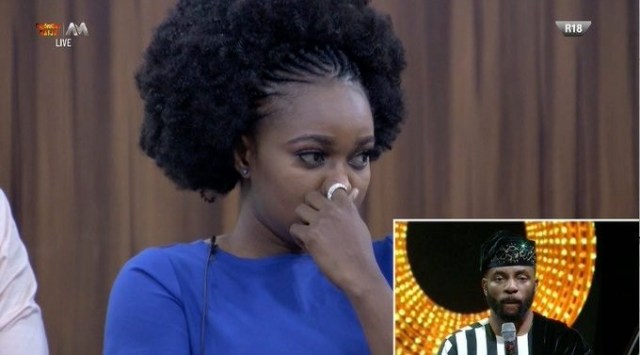 It’s the end of the journey for Nelson And Thelma

The Pepper Dem Housemates said their goodbyes to Nelson and Thelma as tonight marked the end of his race in the BB Naija House. With fourteen Housemates left in the game, the road is getting thinner and tighter.

Following Biggie’s punishment to the Pepper Dem gang by putting them all up for possible Eviction, the Housemates displayed all shades of tension all through the week.

However, Nelson and Thelma got grabbed by the cold hands of Eviction tonight which left the rest of the Pepper Dem gang with the fear of the unknown. The Eviction panic was seen on their faces as Nelson’s name was announced. Is this really happening? They couldn’t help but wonder as they gave him their individual farewell hugs. Minutes later, Ebuka announced the Eviction of Thelma and we reckon that was when it dawned on the Housemates that the show just got real.

Two Evicted Housemates? They sure didn’t see that coming.

From the moment he walked into the House, Nelson kept us glued to our screens as he served different shades of entertainment. From his massage sessions to his Saturday night outfits, he’ll definitely be missed in the House.

While revealing to Ebuka that he didn’t come into the House with a strategy, he also said he feels he didn’t do a good job in the game, which was probably what led to his Eviction.

The Start of A New Journey

When asked on his next plans after the show, Nelson said he’ll take his time to have some fun before embarking on his plans. We can’t wait to see him flourish in his future endeavours.