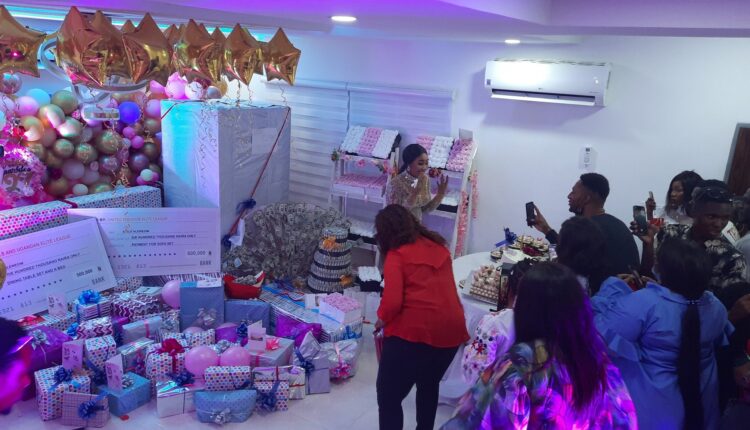 Fans of former housemate of the reality TV show Big Brother Naija, Erica Nlewedim, have gifted her a mansion on her 27th birthday.

The fans purchased the mansion for the reality TV star in the highbrow area of Lekki, Lagos.

The house is a three-bedroom mansion with an attached boys quarters.

This came a few hours after another set of her fans gifted her with stocks in some foreign companies.

The reality TV star was gifted with stocks in Tesla, Amazon, United Airlines and Disney worth N4.7M.

According to the fans, she deserved all the gifts because she’s an asset to them.

Erica was one of the housemates from the fifth season of Big Brother Naija.

Even though she was disqualified from the reality TV show, she has gone on to become one of the most popular reality TV stars to have come out of the show.

Take an exclusive tour of the mansion from below.