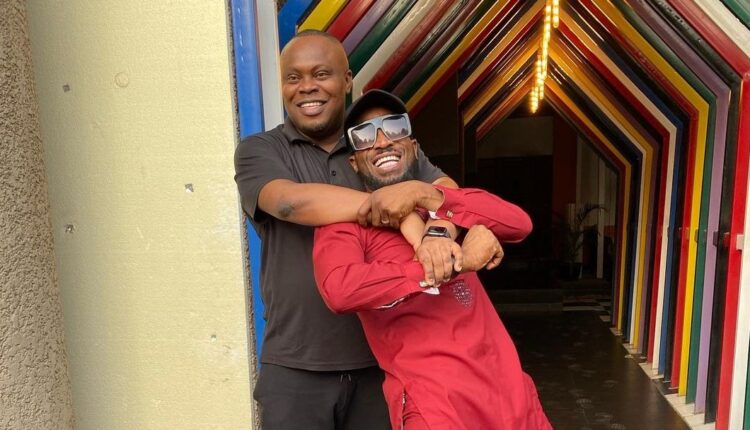 Nigerian singer and the Koko master D’Banj has reunited with his former manager Bankuli after several years.

The duo had gone public with their longstanding beef in 2019.

However, Bankuli who is currently in Ghana shared a video of the two suggesting they have buried their hatchet.

He captioned the video;

“And the peace of God, which surpasses all understanding, will guard your hearts and your minds in Christ Jesus.” “And let the peace of Christ rule in your hearts, to which indeed you were called in one body.”

For those who don’t know, Bankulli was D’Banj’s manager back in the Mo’hits era but their relationship went south. They fell apart due to ‘irreconcilable differences’ when the Kanye West ‘Good Music’ deal came through.

Bankulli is known for working with Beyonce and Jay Z. He had writing credits on Watch The Throne, Jay-Z’s collaboration with Kanye West. He also wrote and performed on Beyonce’s album, The Lion King: The Gift.

For The Thick & Curvy: BBNaija Star Dorathy Bachor Launches A…

Where From This Arrogance? You’re A Little Kid – Hammer…