BBA Update: Ghana’s Elikem Survives Eviction As Annabel and Sulu Get The Boot 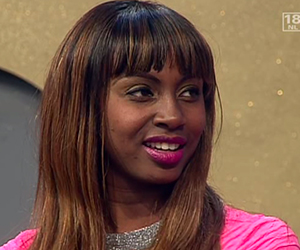 As soon as IK made the announcement that her time had come to an end, the Kenyan hugged and kissed her fellow Housemates and exclaimed: “Love you guys,” as she walked out gracefully.

For so long the vivacious – AnnaBanana as she has affectionately become known – seemed like the cat with nine lives. Week after week, she was Nominated by her fellow Housemates and each time she proved to be one of the strongest contenders in The Chase with Africa saving her from the grasps of the Eviction gallows a total of four times. But tonight her good fortune has come to an end.

Just a short while after Head of House Bimp confirmed the Housemates’ suspicions by revealing that he had saved Cleo and replaced her with Sulu on the list of Eviction Nominees, the bubbly Zambian dude then learnt that his stay in the House has come to an end.

Sulu then hugged his fellow Housemates and made his way to the Big Brother Live Show stage to join Presenter IK and Annabel who also got Evicted tonight. The Zambian did not take his Eviction personally, he was his usual bubbly self evening singing: “Ruby, Ruby, Ruby,” with to the crowd.

This was the first time that Sulu had been up for Eviction and sadly for him it was his last time too as his Big Brother journey has come to an end. Before this Sulu had only been Nominated once by his fellow Housemates but luckily for him the then HoH Feza saved him and put Pokello in his place.