Audio: “We Were Not Sacked From Syco Record Label” – Reggie N Bollie Explain Exactly What Happened 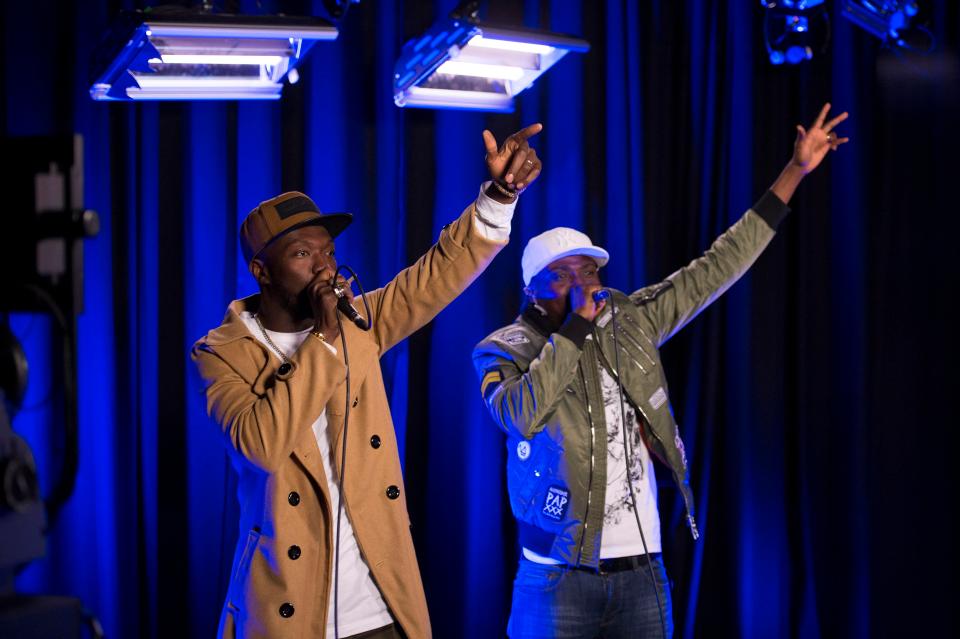 Runners-up of the twelfth UK series of The X Factor, Reggie N Bollie have for the first time spoken on reports that the group was dropped from Simon Cowell’s record label, Syco Records barely a year after signing to them.

On Wednesday February 1 2017 reports were ripe that the group had been axed from the record label.

According to The Sun, a source revealed the group was dropped because they “they struggled to turn their support into record sales.”

“Reggie N Bollie were huge hits on the show which is why they reached the final and very nearly won but after they left the show, excitement for them dwindled and they struggled to turn their support into record sales.

They have worked really hard for the last year but their relationship with Syco didn’t work out and they wanted different things.”


Reacting to the reports in an exclusive interview with Gilbert Abeiku Aggrey during Total Showbiz segment on Okay FM, Reggie N Bollie revealed the decision to part ways was mutual although they had earlier signed a contract to release an album under the label.

The group also shot down fears of survival stating they learnt quite a lot to keep them moving especially in a jurisdiction where the industry is well structured.

Reggie N Bollie on February 1 2017 announced they had parted ways with Syco Record Label and were independent artists.

Listen to the full interview from below.