A Year After His Death, Pop Smoke’s Influence Lives On In Drill Scenes Across The Globe 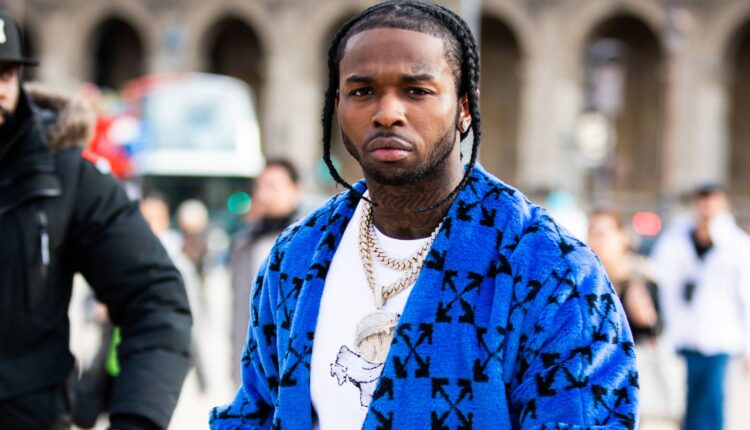 The rapper’s sound endures from Italy to Ghana, proof that his legacy is as potent as ever.

A year ago, on February 19 2020, drill lost New York pioneer Pop Smoke after the rapper was gunned down in a Hollywood Hills rental home. Now that 12 months have passed and four suspects have been charged with his murder, you cannot deny the empty crater in drill music today without Smoke (real name Bashar Jackson).

Pushing the NY scene to the forefront of pop music, with the help of the UK and our enriched drill community, Pop Smoke left an irreversible mark on the genre before being taken too soon.

Teaming up with east London’s 808melo to produce floor fillers such as the Platinum-selling ‘Dior’ and ‘Welcome to The Party’, Smoke soundtracked the summer of 2019 for a bunch of party-goers.

Drill may have been created by Chief Keef in Chicago in the early ‘10s, but by now London seemed to have become its natural home; Smoke’s debut mixtape ‘Meet The Woo’ (named after this trademark ad-lib “woo!”) saw him bring the sound back to the US.

After the international success he achieved with his gruff, rampant sound, many New York rappers – such as Rich The Kid affiliate Jay Critch – were audibly inspired by his style, igniting a craze around New York drill.

Of course Pop Smoke wasn’t the first drill rapper ever, nor is he the first NY drill rapper – many cite Sheff G or 22Gz for that. However, the Canarsie star became the frontrunner of the scene and generated a huge demand for himself; demand that others have stepped in to fill when he died, leaving two mixtapes and one posthumous album, the acclaimed ‘Shoot for the Stars, Aim for the Moon’.

There are budding Pop Smoke clones out there.

Pop’s Americanized drill sound left New York a long time ago. Italian viral stars Vale Pain and Rondo’s recent ‘Louboutin’ video is clearly influenced by the budding New York scene that Smoke led. The leg shake, the waving of coloured bandanas, repping notorious gang sets such as the Crips – it’s safe to say that the “woo!”-ing icon had a huge hand in their work. They even rap with flows similar to those of the Canarsie superstar.

In comes Ghana, the home of new talent such as the whimsical Amaraae, as well as juggernauts like Sarkodie. We see youngsters from Kumasi draw direct influence from America’s ever-growing rap scene (to the extent that some dub the city ‘Kumerica’). Yaw Tog is the best example of this: with a range just as extensive as Pop’s, he is Ghana’s newest drill superstar. Whether he sings in a deepened voice, or raps over hollow sounds just like Pop once did, Yaw Tog gives drill stars around the world a run for their money.

However, a year on from the heart-wrenching death of drill’s very own Columbus, it seems the international sound is losing traction in New York and London. Although drill still remains a hugely popular genre in today’s UK mainstream, it’s not a shock that after nearly six years of it being the big thing, many UK rap fans are gravitating to newer, more complex flows (typified by south London’s Knucks). Yet new talents continue to revive the genre with their creativity – take Central Cee’s skilful rhymes or the melodies created by M1llions’ signature flow.

Meanwhile, in New York, the drill sound is becoming a little lost among scene-dominating trap’n’b acts such as Lil Tjay and J.I The Prince. Perhaps it takes a star who shines with Pop Smoke’s intensity to keep such a scene alive.

Yet Bashar Jackson’s impact on the world is undeniable. Having kickstarted drill scenes across the globe, he lives on in the heart of rappers to follow and true drill fans. Pop Smoke single-handedly carried New York drill on his back for a long time, bringing it to the forefront of America seven years after Chief Keef’s emergence. For all these reasons and more, a year on from his tragic death, let’s hear a “woo!” for the head Wooster.

Listen Up! Your Entire Career Won’t Match Up To My Single Hit – Guru Disses Kuami Eugene