7 Signs that She Doesn’t Love You Anymore 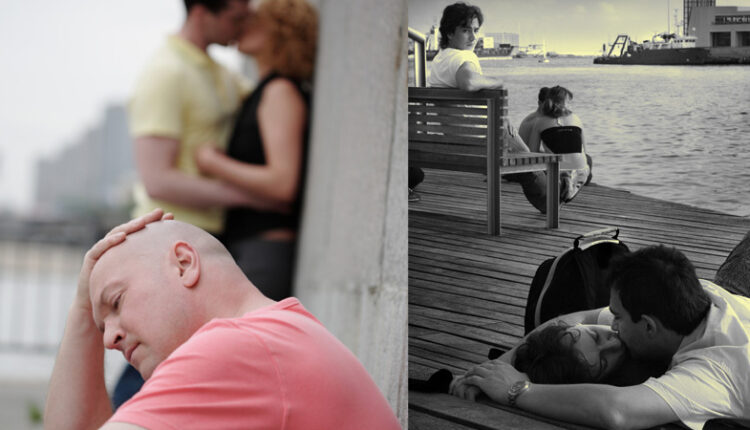 Everything comes to an end. And a relationship between a man and a woman is not the exception. At the very beginning, relationships bring joy and it seems that they will never end. But you begin to understand sooner or later: something has changed in your relationship and there are not those trifles that connected you. You lost trust in each other and you already became almost strangers. Does it mean that a girl doesn’t love you anymore? Let’s see.

Before, your sex life was intense, creative and very enjoyable. Today it looks like this: “Maybe we will have sex tonight, maybe not…” A girl has difficulties achieving orgasm, her face expresses boredom, and you can definitely say that she thinks about what to watch on TV. Surprises have long gone somewhere. Now it seems that all sexual experiences are in another universe. There is just boredom left! Of course, the things may change if you improve your sex life but this is often the very first issue to consider.

Did you forget when you were alone? Does something or someone always interfere in your relationship? She constantly escapes somewhere, saying that she has to meet with girlfriends or she has to work or she needs to buy a trifling trinket. Previously, she found time to cook a delicious dinner, met with her friends twice a month, bought lingerie together, and so easily found a secluded place to have sex.

Your girlfriend was addicted to some interesting business before meeting you, but it didn’t disturb you. And you almost don’t see her now. She disappears in the gym all the time, then she has dance lessons, and so on. Even if you want to spend time with her, she takes this offer without enthusiasm.

Previously, she was a slender girl with a fashionable hairstyle and cool makeup. Now you begin to notice that your girl’s hips widened, her tummy hangs a little, and her skin in bad condition. She wears ugly shorts at home (previously she wore beautiful underwear) and a faded robe (it was sexy gown before). This means that she no longer wants to dress up beautifully, look better for you and doesn’t strive to win your attention.

Did you solve the problems together before? Now your girl has become secretive, doesn’t want to answer your questions, says that it is not your business, although you see that she is concerned about something. After all, you are worried about her because you have great sympathy (love). But, actually, this means that she doesn’t want to let you into her life and your relationship is coming to an end.

Do you remember how you discussed the past day? She was interested in almost every step you took and achievements at work. And now she listens to your story about the events of the past day without interest and doesn’t want to talk about her day as well.

You spent a long time with pleasure in embracing after sex, talking and making plans for the future. Now you two are not comfortable doing it. She says that it is not convenient for her to sleep, hugging you for a long time, that she doesn’t have enough air and you breathe right in her ear.

These seven signs are for you to think. After all, most likely, you’ve just missed the moment when feelings began to cool down. What do you need to do? Talk to your girlfriend and try to understand why she stopped contacting you. If she screams, then she is not indifferent to your relationship. But if she is indifferent, calm, or just keeps silent and doesn’t want to discuss your relations, it means that a girl has stopped loving you.

Video: Shatta Wale Captured On Camera Trying To Hide A White Substance Alleged To Be Cocaine