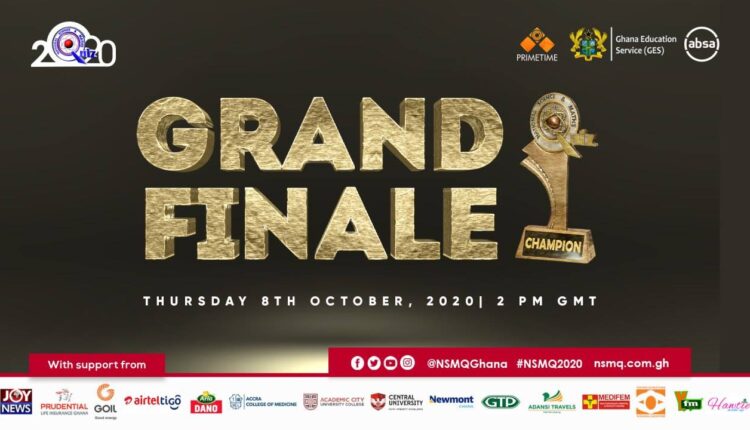 After almost a month of exciting contests between several Senior High Schools from around the country, 3 schools have made it to the grand finale of the  2020 National Science & Maths Quiz scheduled for October 8, 2020.

After a thrilling display, PRESEC – Legon shows us why they are five-time Champions.

In addition, they win
✅ @prulifegh Star ⭐
✅ @airteltigoghana Highest Scorer of the Day 🎉

Opoku Ware School also booked a spot in the grand finale and hopes to break the jinx since it’s been 18 years since they last won their last National Championship trophy.

The two-time NSMQ Champions (1997, 2002) will be making their eighth appearance at the NSMQ Grand Finale.

The question is, who takes over from  St. Augustine’s College?