2Face Idibia to be Sued by Former Group Member? 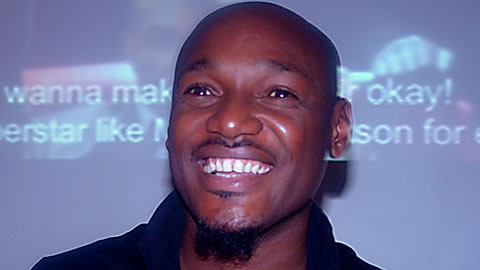 Former member of the defunct music group, Plantashun Boiz, Blackface, seems to be ready for a showdown with another former member of the group, 2Face Idibia over the controversial hit song, African Queen, which the former claimed he co-wrote with the latter.

Blackface is insisting that he also has a share in the glory and therefore is entitled to whatever revenue 2Face earns from the song.

Though 2Face Idibia has been taking credit for the hit song, which was used as a soundtrack for a Hollywood movie, Phat Girlz, released in 2006, and which featured American star, Mo’Nique, Blackface has now cried out that he is also part of the song.

But why it took him this long to voice out is what many still question.

Shortly after the Plantashun Boiz broke up, the relationship between the duo was still intact, and it was believed that only Faze had a strained relationship with the other members of the group.

The strain in the relationship between Blackface and 2Face became obvious during the April 2013 wedding of the latter in Dubai, which the former didn’t attend.

When asked by a follower on Twitter why he was not at 2Face’s wedding in Dubai, which was attended by Faze, Blackface simply replied that he doesn’t go to where he is not invited.

Blackface’s response raised questions and confirmed that the two erstwhile friends might not be on speaking terms.

Speaking in an interview with Channels TV some days ago, Blackface stated that he was yet to receive any money from 2Face despite his incessant cry on the matter.

“I still haven’t [received any payment from 2Face] because they have to backdate it, they have to check the revenues of the music, what it has generated, what is due to the co-writer and all that, all those things are just still hanging, but I still have one or two things that I am doing to find out what the issue behind all these stuffs are,” the singer said.