20 Years of Ghana Music awards – Where is the Library And The Music? 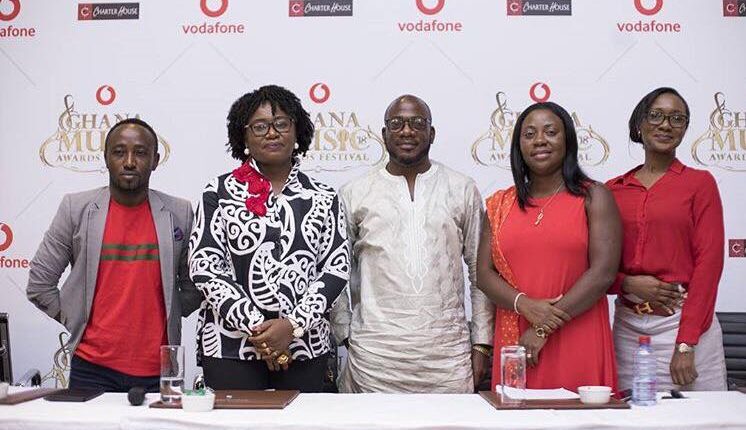 It’s been 20 years since the maiden edition of the Ghana Music Awards kicked off and one must admit, it’s been such a journey.

Awarding Ghanaian musicians for their dedication and hard work but typical of Nana Yaw Wiredu, he has a question; 20 Years of Ghana Music awards – Where is the Library And The Music?

I was reading about the MTV awards and something hit me.

MTV awards has a huge library for their awards from day one till the 20th anniversary.

I am sure most kids in USA Today still know their music history because MTV holds them down with this huge library.

I am not referring to music library alone (as in charts and so forth) but even digital library like a constant Wikipedia page for every year’s awards, videos of winners and past events.

Their past data are well put together and saved on the internet so that when some one needs a reference it is easier for them to find.

I googled 20 years of MTV awards and I had every thing I needed to know about the show and the past ones.

I did same for all the other big awards held in the world and I had the information I needed. (well put together)
All the information were produced by the organizers of the event so it’s accurate.

That data helps new generation to understand and follow the awards system building a huge new fan base for the awards yearly.

Now, Ghana Music awards is 20 years, where is the library, the growth and structures.

When I googled the awards, a one page Wikipedia which has not been updated popped up. That Wikipedia page did not have past events, award winners, performers nothing at all. (It’s a zero page)

All that page had was definition of Ghana music awards, criteria for nomination, most nominated artists, location, organizers and references.

I believe that the 2018 Ghana music awards (the 19th edition) alone generated a lot of data that would have helped all first timers hearing about the event now.
(We could have built a Wikipedia page, performers, winners, exciting moments)

I think organizers depend on other blogs and websites to share the information of which they know will not be accurate.(Try check to find out 2008 winners as an example)

All organizers of the VGMA have is a constant social media page on all platforms but even that it lacks substance as compared to other big awards social media platforms.

20 Years on-If Ghana music awards was a girl, by now it has a boyfriend and will be in the university.

We cannot keep on treating our biggest awards scheme as though it’s just a one- off event. It is Ghana music awards, recognized as the biggest validation for our artistes in the world hence we need to treat it as such.

Let’s begin to build a proper library for our past events, let’s use our music awards to strengthen our industry by building a proper mechanism and inventory for our songs.(Till now we still having issues with year of review because some songs released before the year become popular under the year of review for the awards).

I know It’s not an easy thing to run an awards scheme but at least for one that the whole country looks forward to, we can ensure that our new generations to come will see all the hard work we put in place to help build our music industry so they can also continue our legacy.

Depending on other blogs to spread data is good but it’s never going to be accurate like the organizers putting it out as official.

20 years of Ghana music awards should come with a change, one that challenges the industry to fix its problems and benefits the musicians in the industry as well.

About the writer: Nana Yaw Wiredu is an arts writer and artist manager.