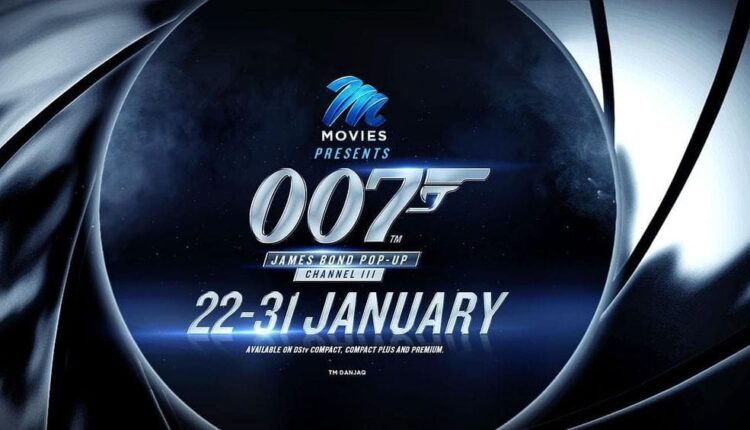 Prepare to shake, not stir, the January blues in 007 fashion. Owing to the massive success of the M-Net Movies Presents 007 James Bond pop-up channel early last year and the forthcoming instalment in the James Bond film franchise, M-Net is once again casting its spotlight on the suave, debonair, and dapper dressed secret service agent James Bond.

This time, however, the thrilling pop-up channel on DStv channel 111 will not only be open to DStv Premium customers but also DStv Compact Plus and Compact customers for the first time, starting from Friday, 22 January 2021, until Sunday, 31 January 2021.

This will allow for a vast number of DStv subscribers, consisting of diehard Bond fans as well as new, young 007 admirers, to indulge themselves, from 4 am to 8 pm, in the ultimate James Bond experience. It includes the dapper tuxedos, fast cars, sultry bond girls, exotic locations, mind-blowing gadgets, deadly villains, and martinis, which are served shaken, not stirred, of course.

The ten-day Bond film marathon, featuring all seven charming actors who have played the iconic 007 roles; from Pierce Brosnan to Sean Connery, Roger Moore and current Bond Daniel Craig, will showcase every 007 film ever made in this highly popular film franchise.

The movies will be screened chronologically, starting with the first film in the series released 59 years ago, Dr. No (1962), to the latest Bond film and box office hit, Spectre (2015).

Viewers can watch this pop-up channel from any device at any time. All the films that will be screened as part of the pop-up channel will also be available on DStv Catch Up until Sunday, 28 February 2021.

Visit the M-Net Movies website for schedules and more information at m-net.dstv.com, and join the conversation using the hashtag #MMPopUp.