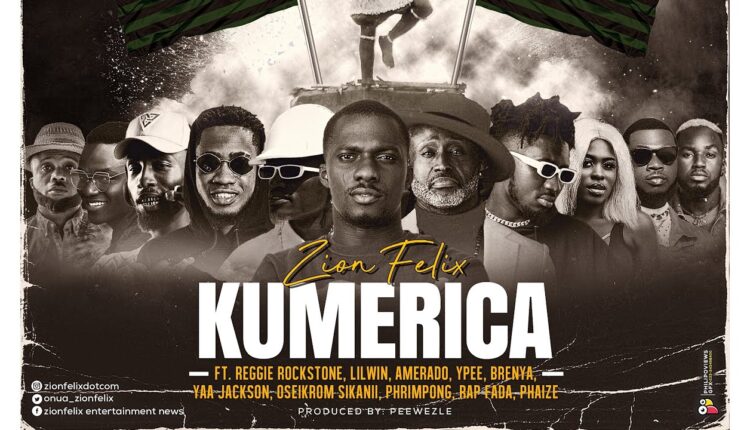 The Peewezle-produced-song also exhibited the potentials of young men in Kumerica.

All the artistes featured on this song revealed how proud they are to be Kumericans.

Following the trend of Kumerica, many songs have been released to keep the drill and the movement active but the featuring of these great talents on one piece places it high over the other songs.

Listen! Phaize Teams Up With Fameye For New Single ‘Jah…