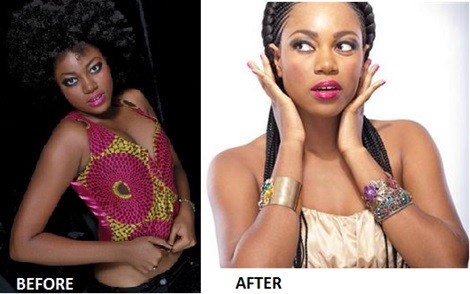 Ghanaian actress Yvonne Nelson is at it again making the headlines as American website Atlantablackstar.com has mentioned her among celebrities worldwide who have bleached their skins although the actress has on several occasions denied allegations of applying chemicals to her skin.

Check out their write up;

Yvonne Nelson is a Ghanaian actress, model, film producer and entrepreneur. A former Miss Ghana contestant, Yvonne shot to fame after a big screen role in “Princess Tyra” and Playboy. Yvonne has denied that she has bleached her skin.

Drake is the most important rapper of 2013