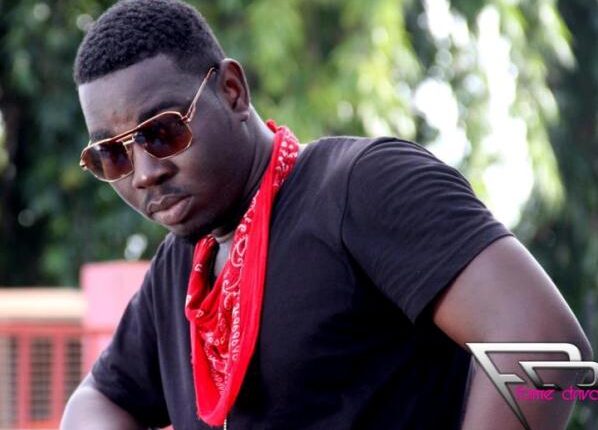 One of Ghana’s Hip Life sensations, William Kojo Johnson who goes by the stage name Stay Jay has dropped another bombshell after his controversial departure from Unda One Entertainment to record under his own label; African Star Boi Music (ASBMusic).

This time the award winning artiste has made a shocking revelation relating to narcotics and stage craft. He has revealed that contrary to what most people might think, he neither takes in Alcohol nor smokes.

“I don’t drink and I don’t smoke, I never have and I believe that drinking and smoking is not the key to stage craft or good music.”

The Afro Pop star revealed this when he spent time with some JHS students from various schools in Tema during the Easter holidays.

Stay Jay also lamented on how he has seen excessive smoking and alcohol abuse ruin the lives of most of his friends and even some very close relations. He noted that he believes that God has given him his talent to entertain as well as educate people and that he needs no motivation from either alcohol or from smoking narcotics to be able to give his fans a deserving performance on stage or even record his award winning tracks.

“It is sad how most young and upcoming musicians think that they have to do drugs, smoke or abuse alcohol to fit in, record hit tracks or to be able to perform live on stage.” Stay Jay added.

He however advised the aspiring artistes and the youth in general to refrain from drugs and rather stay focused, work hard always put God first in all their endeavours. The ‘Se Aba’ singer said he considers himself a role model and as such owes it to himself and his fans to be an exemplary figure who leads a lifestyle worthy of emulating.

Stay Jay also expressed his interest in curbing the canker of substance abuse especially among the youth and said that he has plans in the pipeline to collaborate with the National Narcotics Control Board (NACOB) and other authorities to embark on a campaign to create more awareness on drug abuse.

Stay Jay is currently promoting two singles, the club banger “Se Aba” featuring ‘Guru’ and the Afro Pop tune “Mugu” which he features the Hip Life group ‘4X4’. According to the camp of the singer, the videos for both songs would be officially launched soon.